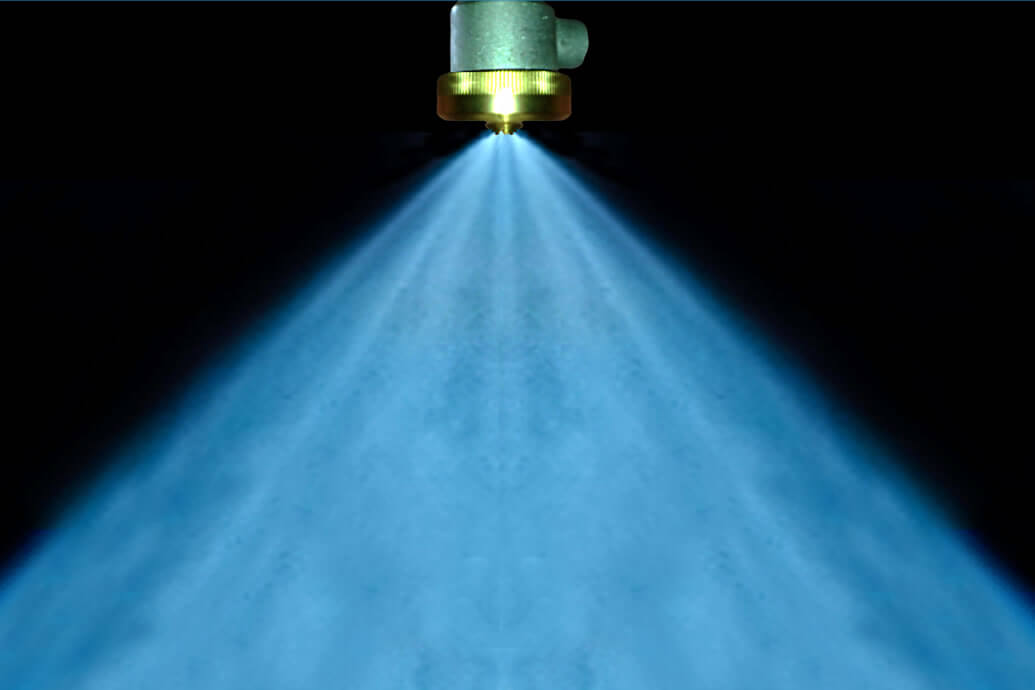 Laser measurements have been made on the water mist produced by the ‘Cutting extinguisher’ fire extinguishing system, manufactured by Cold Cut Systems AB. The results open up the possibility of a detailed understanding of how water mist is transported and of how it interacts with fires.

Several studies have shown the efficacy of firefighting using water mist produced at a high pressure. Many theoretical studies provide qualitative explanatory models of the interaction of water mist and fire, but it has not been possible to develop a more detailed physical description due to the lack of experimental data on the size and velocity of the droplets, as well as to other factors. On behalf of Cold Cut Systems AB, SP Fire Technology carried out these measurements on the company’s cutting extinguisher, also known under the name of the ‘Cobra’ extinguisher. Figure 1 shows the reach of a water mist produced by a liquid pressure of 260 bar. Successful tests were also carried out on the X Fog extinguishing additive.

One of the difficulties with spray measurements is that the droplets cannot be collected and analysed without destroying them, but have to be investigated in the spray itself, known as in-situ measurement. This requires optical measurements which, in this project, were made by the Interferometric Laser Imaging for Droplet Sizing (ILIDS) procedure, shown in diagrammatic form in Figure 2. This method enables droplet velocities and diameters between 10 and 700 µm to be measured.

Figure 3 shows the droplet size distribution in the centre of the spray at a distance of 10 m from the nozzle. According to Table 1, the arithmetic mean value of the droplet diameter for a spray pressure of 260 bar is about 60 µm, and the velocity about 7 m/s, at a distance of 10 m from the nozzle exit. The small droplet sizes lead to a spray that effectively absorbs heat and thermal radiation. In turn, rapid heating of the spray means that it is evaporated relatively quickly, producing large quantities of water vapour and reducing the oxygen concentration in the fire space, referred to as inerting. It can also be seen from the table that the addition of X Fog significantly reduces the droplet size. This is caused by a reduction of the surface tension of the droplets, enabling larger droplets more easily to be broken down into smaller droplets.

Measurements were also made on other types of extinguishing systems, but these had a droplet size distribution that partly exceeded the maximum size limit of 700 µm. SP Fire Technology intends to develop this method of measurement, enabling it to be used for larger droplets and for more coherent sprays. The plan for continued work in 2014 also includes the performance of detailed calculations of water spray transport and extinguishing properties, starting from the measured values of droplet size and velocity distribution. It is also planned to perform a practical study of the extinguishment efficacy and of the interaction between the water mist and the fire space.

The project is financed by Vinnova’s Forska & Väx programme, Project No. 2013 00499. Further information can be found in SP Work Report 2012:14, which can be downloaded from www.sp.se.