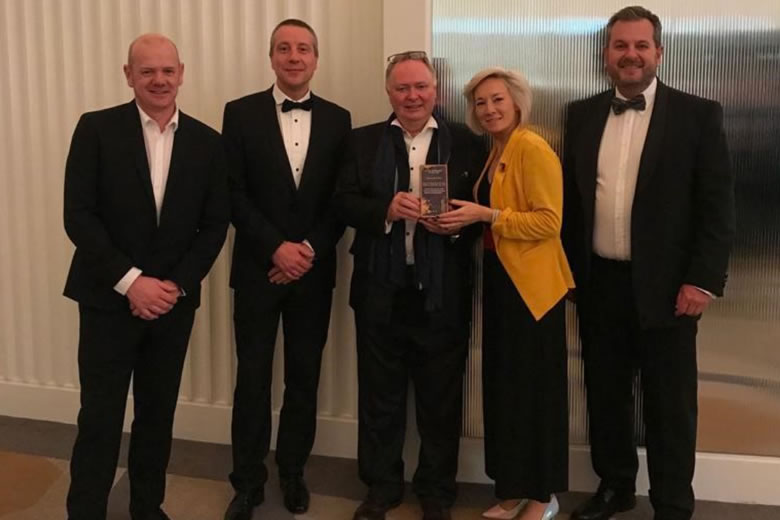 Kentec, a leading life safety control systems manufacturer, has won the Active Fire Project of the Year Award at the 2022 Security & Fire Excellence Awards for a project that utilises its flagship Taktis control panel and wireless fire detection system in Chester Cathedral.

The Security & Fire Excellence Awards are designed to recognise and reward the very best people, projects and processes that the security and fire sectors have to offer. For the Active Fire Project of the Year Award, judges were looking for evidence of best practice in design, as well as demonstrable success in areas such as customer satisfaction, performance, implementation and overcoming specific challenges.

The specialist installer, Charles Thomas Heritage Fire Protection was tasked with specifying and upgrading the wireless fire detection system previously installed at Chester Cathedral. The thick walls and lead-lined roofs and the other challenges that come with a building that can trace its roots back to 1093, meant that Charles Thomas had to think outside the box.

While modern buildings are designed from the outset to allow the occupants to leave quickly and easily in the event of a fire, adapting an historic building is more difficult. The aesthetically sensitive nature, as well as the cultural significance of the project make the installation of conventional fire detection systems unsuitable or unfeasible. To ensure there was minimal disruption at the Cathedral Charles Thomas Heritage Fire Protection chose Kentec’s K-Mesh wireless fire protection system, powered by its flagship control panel, Taktis.

K-Mesh’s technology uses self-healing and configuring Mesh technology to deliver optimum levels of reliability and performance. It also makes it easy to use, install and commission – and ultimately provides robust assurance that fire incidents are detected and communicated immediately. Due to the size of the Cathedral, many wireless expanders were needed to connect the system to the Taktis panel; capable of networking up to 32 panels simultaneously.

Brad Parker from Charles Heritage describes K-Mesh as ‘wizardry’: “My love of old heritage buildings made this project extremely enjoyable and being able to use the new Kentec K-Mesh system and seeing it work at its full potential, was a delight.”

“We are very pleased and excited to see our systems installed in such an important UK landmark. It is an honour and confirmation of our systems’ capabilities. The installation was seamless and provides an aesthetically pleasing design with minimal disruption to the working life of the Cathedral. The outcome is that the buildings integrity is intact, and this heritage site is fully protected, everywhere.”