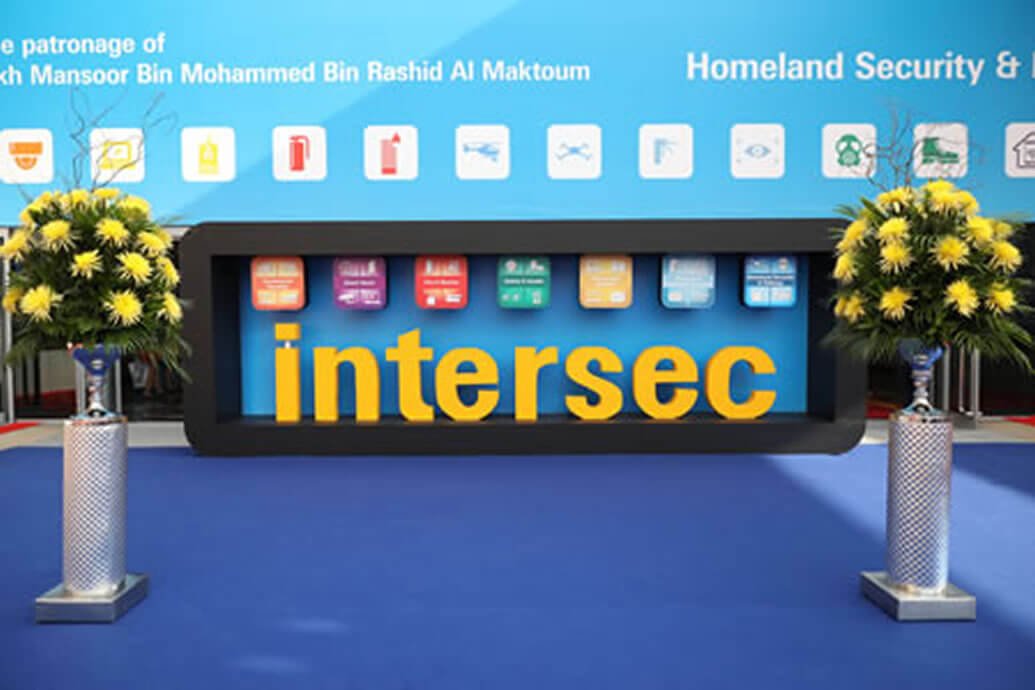 Global product launches, live demonstrations, new bilateral agreements, and updated UAE fire safety codes were among the many highlights that shared centre-stage, as the curtains came down on the world’s leading trade show for security, safety, and fire protection.

Intersec 2017 concluded on 24th January at the Dubai International Convention and Exhibition, with a new record in exhibitor and visitor participation ensuring the three-day event wrapped up proceedings on an all-time high.

According to organiser Messe Frankfurt Middle East, Intersec 2017 attracted 33,501 visitors from 129 countries, as they sourced solutions and networked with 1,304 exhibitors from 58 countries spanning 56,300sqm of exhibition space.

“The Middle East commercial security, homeland security, and fire safety market continues to grow, and consequently there’s a strong need for technological advancements in solutions in terms of features, specifications, and upgrades,” said Ahmed Pauwels, CEO of Messe Frankfurt Middle East.  “In an industry that is constantly evolving, and where more and more projects are being released into the market, the need of the hour is to be present at the right time with the right solution.”

“With its wide spectrum of the latest safety and security solutions and varied range of cutting-edge products from leading international brands, Intersec plays a crucial role by putting global and local providers directly in touch with regional and international buyers. The show’s success is due to it being able to efficiently provide market-specific solutions.”

Dave Dalleske, Vice President of EMEA Sales at Avigilon, spoke of the latest developments in Avigilon’s Appearance Search video analytics technology, a sophisticated search engine that sorts through hours of footage to locate a specific person of interest across an entire site.

“For example, you have a situation where someone leaves an unintended bag in a public place,” he said.  “That on its own is not all that intelligent.  With Avigilon Appearance Search, you can take your video management system, see a bag, and identify the person that left it there, as it allows users to search all cameras across an entire site.”

“That’s fine but what if that took place 20 minutes ago?  The real question is where is that person now? Avigilon Appearance Search technology allows you to click on that individual and say not only where they are but where he or she came from, by identifying previous and last-known locations.”
“It enables you to complete an entire story and use that intelligent aspect of your system to assist in investigations with real time event response, and hopefully be able to prevent something potentially catastrophic from taking place,” added Dalleske.

Gaurav Khemka, Director of CP Plus commented on its mutually beneficial relationship with Intersec over the years: “Our association with Intersec spans many years now, and it goes without saying that it has always been a great platform to showcase our technologies and solutions,” said Khemka.

“Our presence over the years has given us numerous clients and we are appreciative of that. We look forward to continued association fuelled by a similar goal and mutual growth.”

Intersec is held under the patronage of His Highness Sheikh Mansoor bin Mohammed bin Rashid Al Maktoum, and supported by the Dubai Civil Defence, the Dubai Police, and the Dubai Police Academy.

The Dubai Civil Defence had a major involvement in the 19th edition of the annual exhibition, where it announced the latest updates in the UAE Fire Protection and Life Safety Codes, along with several other major initiatives.

“The second is the Dolphin, a firefighting system that incorporates a jetski and a jetpack that will allow Civil Defence to tackle blazes from the water. These are in addition to the smart services working with a dashboard system to collect data from all the centres in Dubai and delivering it to the decision makers to apply it in their daily actions.”

The Dubai Civil Defence also signed an MOU with 911 Challenge Events Management, to jointly organise and host the 1st GCC Firefighters Challenge Championship 2018 in Dubai. The initiative is in line with the vision of UAE’s leadership that aims to innovate and modernize all sectors and areas, including safety and security.

The 1st GCC Firefighters Challenge Championship 2018 aims to promote the competitive spirit among civil defence individuals and the public, as well as to empower firefighters and rescuers to further develop their competences and be ready to face challenges and overcome risk factors to protect lives of individuals and their properties.

Adam Thomas, Spokesman for the UK Department for International Trade’s Defence and Security Organisation said: “Intersec 2017 was an excellent opportunity for UK companies to profile their capabilities in the fire and security sector and identify joint venture partnerships.

“It also provided a valuable opportunity for UK companies to network with companies in the UAE and across the world. We were delighted to have the opportunity to launch the UK Fire Resilience Offer and express our aspirations to continue to work with the Dubai Civil Authorities.”

A three-day conference programme meanwhile was spearheaded by the Fire Safety Conference on 22nd January, and the Security Industry Regulatory Agency (SIRA) Forum on 24th January, where details about Dubai’s new Regulation of Security Industry Law was provided.

The 20th edition of Intersec returns from 21-23 January 2018.  More information is available at: www.intersecexpo.com.