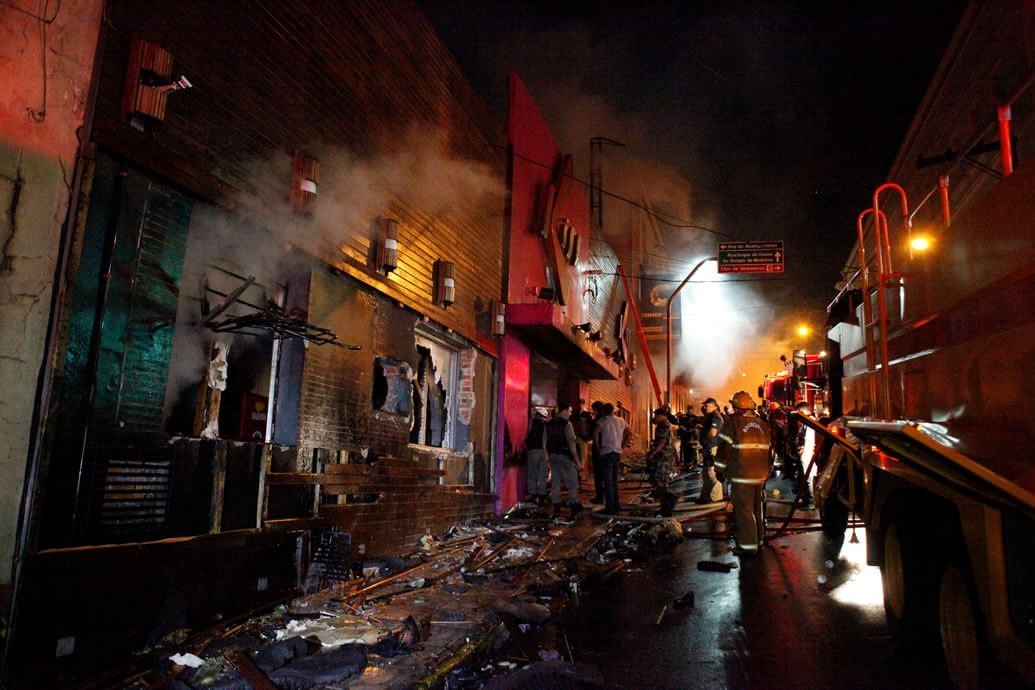 A fire outbreak at a Brazilian night club recently claimed the lives of 230 people. The number is expected to rise as more people are still hospitalized for severe burns and inhalation of toxic fumes. The causes of the massive death toll in a nightclub fire in Brazil are flammable and toxic foam soundproofing on the ceiling, just one exit for a night club with hundreds of people, not a ceiling water sprinkler system in sight. Survivors of the fire have said that the club’s fire extinguishers failed to work in early attempts to battle the blaze. Various reasons are being cited for the outbreak, raising questions about safety regulations however no one can deny that fire safety is of prime importance to avoid calamities such as this. Thus, it is fundamental to improve the fire safety standards.

Brazil is the globe’s fifth-largest economy by some measures, but it lags far behind others in terms of fire safety standards, according to several fire-safety experts with experience here. Brazil has a population of more than 190 million. With Brazil hosting the 2014 World Cup and the 2016 Olympics it is witnessing huge developments in the infrastructure, transport and fire safety sector. Along with other developments fire safety assumes grave importance to ensure safety of the people. The Brazilian fire and security market is booming with 2011 witnessing a turnover of more than R$ 1bn. This figure is expected to reach R$3.7bn by 2017.

Fleming Gulf will be organizing Fire Safe Latin America in Sao Paulo in line with the latest developments in the fire and security market. Fire Safe Latin America to be held on 18-19 June 2013 in Sao Paulo, Brazil will apprise professionals of the latest developments and technologies in the fire safety industry that would help them in minimizing losses and executing effective damage control. The conference will span sectors like ports, transport aviation, construction, oil & gas companies, warehousing companies and Government departments.

The conference will witness case studies and presentations by speakers from ThyssenKrupp, Braskem, SFPE, Genpro Engenharia, Petrobras, Brasilian Association of Electrical Engineers and Castrol (BP) among others. The conference will be held in Sao Paulo.