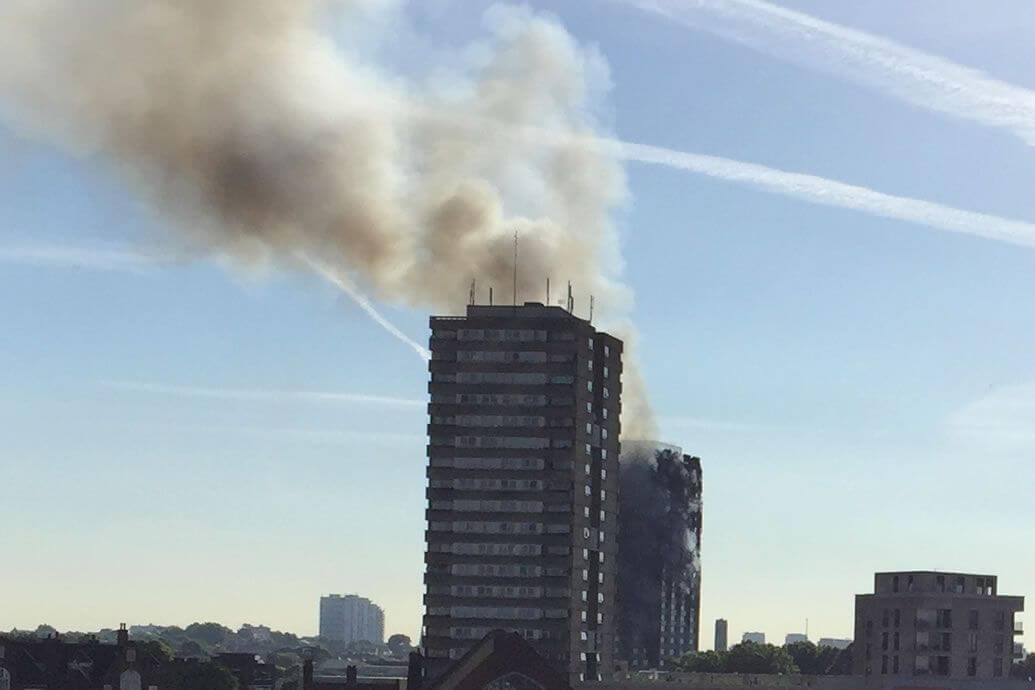 The FSF serves to give a voice to this broad membership. FSF members have collectively campaigned for scrutiny of fire safety for a number of years and the FSF wishes to be proactive in prviding support to the official Public Inquiry.

Nick Hurd, Minister of State for Policing and the Fire Service, stated in his recent speech to the Local Government Association that the Inquiry’s immediate priority must be to establish the facts of what happened in the fire to take the necessary action to prevent a similar tragedy from happening again. He also recognised that all the wider lessons must be identified and learnt.

As he stated, it is important that we get a better sense of what is happening in terms of compliance with building regulation, inspection and risk assessment. Mr Hurd suggested “that maybe as a system some complacency has crept in”.

The FSF agrees that the terms of the Inquiry should be wide ranging and considers that the Inquiry should investigate whether there is currently a systemic inadequacy in the fire safety control, regulation and enforcement regime across the built environment in England. As a consequence, the Federation believes this systemic failure requires a fundamental review and consideration of a national framework to protect the built environment.

What should the Inquiry cover?

1. The immediate cause of the fire and the deaths & casualties

The Grenfell Tower fire is a truly horrific catastrophe. It is shocking in the intensity and ferocity of the inferno that developed, its fast spread to kill and injure and consume the building and its interior so completely. The way the fire developed and spread had not been anticipated or predicted. The FSF agrees that it is vital that the cause of the fire and its spread, as well as the factors which led to the many deaths and injuries be thoroughly examined.

The FSF considers the Inquiry should investigate:

There has been a gradual progressive development in architectural requirements and the ways buildings are designed, built, serviced and occupied. This has been in response to a number of factors including cost effectiveness and greater energy efficiency.

This has led to a great variety of materials and systems being selected for all types of construction. More innovative engineering designs, different forms and structures for the same range of building functions, in more complex constructions have also led to more open and less compartmented structures and, in some cases, lower levels of inherent fire resistance compared with more traditional brick and stone based constructions. There are also changes related to levels of structural integrity, combustibility and consequent toxic emissions.

Under these circumstances, the FSF is concerned that testing processes have not kept pace with modern building practices and materials. It is also concerned that there appears to be a lack of understanding of what the tests demonstrate.

For example, there is an apparent disconnect between what is being designed, supplied and approved for use and the Government’s expectations of fire performance; as evidenced by the Government’s statement that there had been a 100% failure rate in materials taken from similar buildings and tested so far in the Government’s screening regime. Testing is a process that seeks to classify product performance against specific criteria and does not necessarily consider those products when in use in an actual situation, unless they have been tested as a complete assembly for that situation.

One of the key questions therefore has to be the fitness-for-purpose of laboratory-based testing and evaluation methods using small scale tests for combustibility to evaluate likely large scale performance in buildings. The Grenfell fire makes this particularly important regarding the approval of cladding and insulation systems rather than the individual components and elements of those systems and because data from such tests may be used in computer based design systems.

The FSF is also concerned that there is fragmentation with regards to fundamental fire research within the UK, with a lack of public funding for both fire research and the collation and sharing of fire statistics and data. Today in the UK there is a sparsity of ‘public’ and ‘open’ research. In many cases the outcomes of product testing building materials is commercially sensitive, often related to seeking product compliance to meet international standards, and as a consequence is never available in a raw state publicly. Effectively research has therefore transferred to local or individual organisations subsequently weakening the UK’s ability to identify serious concerns and undermining national protection.

The FSF recommends that the Inquiry investigate:

The Federation has long been campaigning for a revision and update of Approved Document B, primarily to remove ambiguity and provide better clarity where needed and also to suggest areas where additions are advisable to better reflect the current risks in the built environment.

The FSF recommends the Inquiry investigate:

4. The construction and enforcement process

The development of a building project is a complex one with many elements. To achieve a successful outcome it relies on several people with differing disciplines coming together with strong processes, adequate training, working competently to execute their roles with due regard to compliance with guidance, standards and regulations.

The process can be fragmented, frequently along a drawn-out supply chain, with no individual taking overall responsibility. The FSF believes it is important that there is an overarching construction strategy to encourage collaborative working across the whole design and build process to improve the quality of installed fire protection within the built environment.

The Federation is also concerned that this fragmentation is also reflected in Government. Fire safety in buildings is an important issue which is relevant to many Government Departments, including protecting schools, hospitals, defence installations and many others. With the responsibility for the fire and rescue services and for building control now in separate Departments, it is striking that there is no cross-departmental committee for fire as there is for other disciplines. The Federation believes that such a move would assist in developing the holistic view of fire safety that is necessary nationwide.

FSF recommends the Inquiry should investigate:

5. Competency and the impact of the Regulatory Reform (Fire Safety) Order

The Regulatory Reform (Fire Safety) Order 2005 introduced a deregulated and non-prescriptive approach to fire safety in the UK where the legal duty for assessment and management of fire risk resides with the person responsible for the building. This responsibility may be singularly undertaken or contracted to another competent person.

Likewise during construction or material alteration, assessment and approval of compliance to building control requirements, including acceptance of materials, construction techniques and ultimate performance, can be authorised by a public building control officer or an external approved inspector. One of the major complaints from wider industry concerning fire risk assessment is the lack of a uniform approach with different authorities offering conflicting and inconsistent advice on fire safety issues.

While the fire service has a statutory duty under the Regulatory Reform Fire Safety Order to enforce fire safety and also a statutory consultation role in the building control process for certain types of buildings, the National Audit Office in 2015 reported a 30% reduction in audits and inspections carried out by fire and rescue authorities 2010-11 to 2014-15.

Overall, the FSF considers that competency is a key line of inquiry. From inception into continued use, through control and inspection of building construction, installation of fire safety features, on into risk assessments under the Regulatory Reform (Fire Safety) Order, and continuous maintenance of those installations and operating circumstances helping to ensure the building remains fit-forpurpose and functional in practice.

The HM Coroner at the Lakanal House inquest also expressed concern about the regulatory regime and the uncertainties relating to risk assessment that resulted in issue of a Rule 43 letter.

A key focus for the inquiry should be on the fire risk assessment carried out for the Grenfell Tower – in particular, if that assessment was suitable and sufficient for the risks that applied in the building given its design, occupancy and the measures provided for escape. That will also need to consider actions taken or not taken by the responsible and competent persons involved.

The FSF recommends that the Inquiry should investigate:

Is there any type of evidence that you think is essential for the Inquiry to obtain?

The FSF believes it is essential that a wide range of documentation must be made available to the Inquiry, including:

What should the Inquiry deal with in its interim report?

It is particularly important for the Inquiry to review and publish its findings as soon as possible on the specific sequence of events on the night of the fire which had an influence on the tragic consequences and outcomes.

The Interim report must consider:

What should be left for the main report, so the interim report can be published quickly?

Longer term investigations that could be left for the main report should include:

The Fire Sector Federation would like to be kept informed of the Inquiry’s work and would welcome any opportunity to provide further support, guidance and evidence to the Inquiry team.