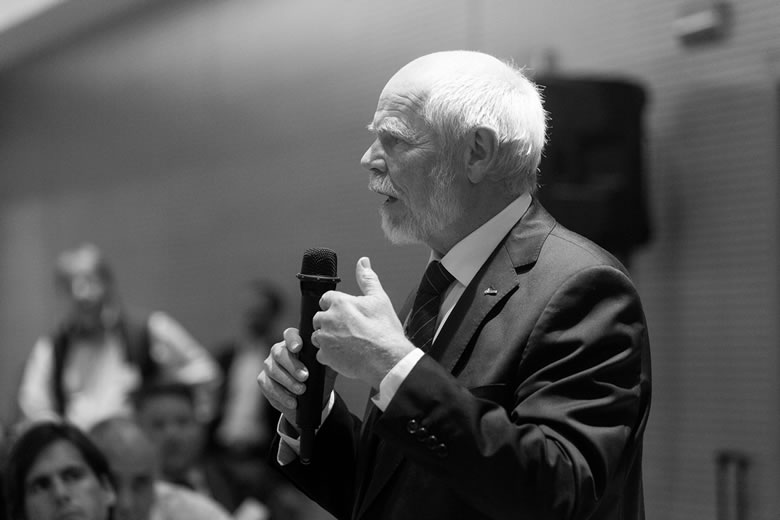 On 4th November, Ragnar Wighus, ex-president of the International Water Mist Association (IWMA) and former chief scientist at RISE Sweden (formerly SINTEF), passed away. Ragnar’s job was also his calling. Amongst his many competences were: the off-shore oil rig safety technology, gas and smoke flow dispersion, fire modelling and of course water mist fire suppression systems. And indeed, one of the last news that delighted him was the publication of the European Standard for fixed Water Mist Systems EN 14972.

Ragnar Wighus became IWMA president in 2002 after the first president, Karl J. Sprakel, had stepped down from this position. Ragnar was famous for singing the water mist hymn at the beginning and at the end of each water mist conference, at the IWMA member meetings and all other IWMA events he attended. He did so until in 2018 when he passed the baton on to the current IWMA president Are Wendelborg Brandt (RISE) who says: “Ragnar was a good colleague, mentor and a great friend.”

The chairman of the IWMA scientific council Hong-Zeng (Bert) Yu (FM Global) states: “Besides the water mist anthem, Ragnar has left many fond memories and legacies in the association and fire protection community. He will be deeply missed.” Bettina McDowell, IWMA general manager, adds: “When some people go, you think that they should have stayed a little longer. Ragnar was such a person.”