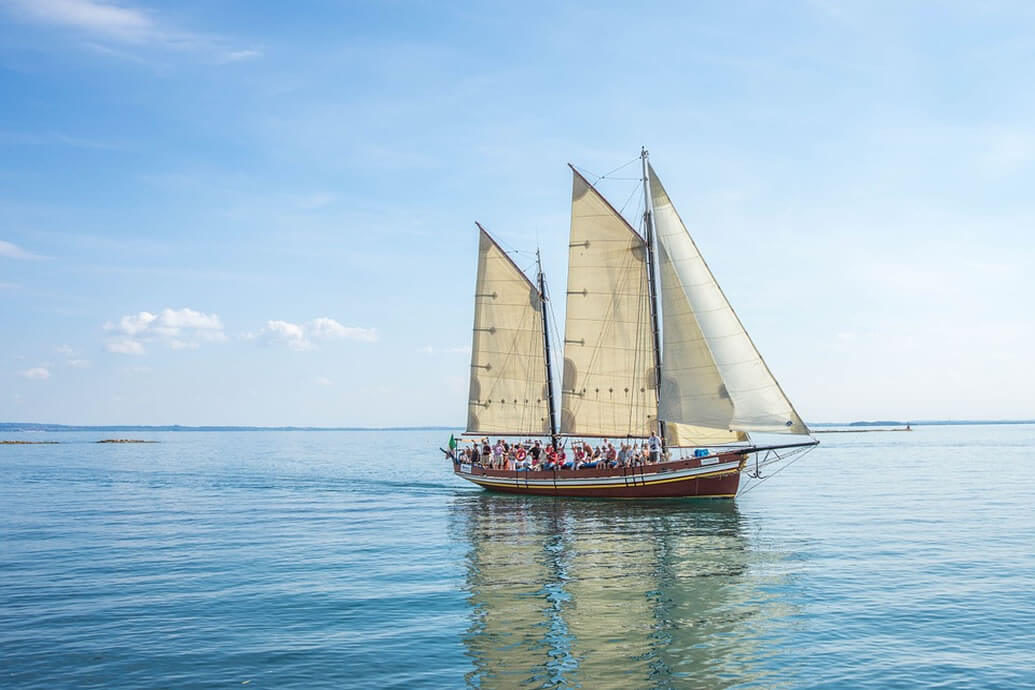 SP Fire Technology’s involvement in fire-resistant lightweight materials for marine applications has contributed to the construction of several smaller lightweight vessels and to the current discussion within the International Maritime Organisation (IMO) of how larger ocean-going vessels could be built using plastic composites.

The LÄSS project, started in 2005, clearly showed the potential economic and environmental benefits of using lightweight materials such as aluminium or fibre-reinforced polymer (FRP) composite for the construction of ships. The project was financed by VINNOVA and coordinated by SP Fire Technology. The follow-on project, LÄSS-k, investigated the use of composite structures for cruise vessels with various partners, including the German Meyer-Werft shipyard.

Since then, SP Fire Technology has participated (and continues to participate) in EU projects (“BESST”, “Fire Resist”), worked in conjunction with other EU projects (“SafeDor”, “Delight Transport”) and been involved in international military projects (“Convince”) investigating the use of FRP composites in vessels.

The Swedish “TankLightModule” project investigated the use of lightweight superstructures on a tanker, while the joint Danish/Swedish Eco-Island ferry project compared a traditional coast-going ferry built in steel with one built using composites. SP Fire Technology has also participated in a number of commercial projects concerning lightweight vessel designs.

These projects have given us a very wide contact interface with companies, research groups and public authorities in Sweden and Europe. We have organised four international lightweight conferences and have been managing S-LÄSS, the Swedish network for maritime lightweight design for a number of years, bringing together about thirty participating organisations.

The research projects and development that have been carried out have been made possible by the function-based regulation added to IMO’s SOLAS (Safety of Life at Sea) 2002 Regulations, the Regulation 17:  “Alternative design and arrangements”.  The rule permits vessels to be built using materials other than steel provided that the flag state’s representative (in Sweden, the Swedish Transport Agency) approves the design and construction. This, in turn, requires documentation showing an adequate safety level.

SP Fire Technology has paid particular attention to methods of assessing fire risks, based on overall risk analysis and on the IMO regulations. An extensive series of experiments have been performed, complemented by the use of simulation tools. In recent years, our work has also been extended to include investigation of acoustic and vibration properties of lightweight materials, methods of joining materials and of economic and ecological life cycle analyses for vessels.

Results from the research projects have been applied in construction of the world’s two first fully certified High Speed Craft catamarans in carbon fibre composites, Valö and Rivö (see Figure 1). Both vessels are owned by Styrsöbolaget/Veolia, and are in service in the Göteborg archipelago. The company has been able to halve transport times, which is important for development on the islands, at the expense of only slightly higher fuel consumption.

Results from the research also provided the basis for design of CarboCat, a maintenance vessel built in carbon fibre composite for offshore applications and launched by Kockums AB in 2010.

1st October 2010 saw the introduction of more stringent rules for SOLAS-classified vessels concerning the quantity of combustible interior materials. One vessel that did not meet the new requirements was the Birger Jarl (Figure 3), which was in service between Stockholm and Åland. Rebuilding the ship from its 1953 design was regarded as too expensive, and there was a risk that the line might be closed. SP Fire Technology carried out a fire risk assessment in accordance with the method that had been developed in the composite projects, and produced a fire protection solution that met the requirements at a considerably lower cost. The Swedish Transport Agency notified IMO in August 2011 that it had approved an alternative design of the Birger Jarl in accordance with the SOLAS regulations, and the work on the vessel was completed in October.

IMO is a UN body, consisting of representatives of all the world’s flag states. It is responsible for maritime safety and environmental matters, with working groups meeting every year to discuss its rules.

The IMO Fire Sub-committee met in London in January 2013, when one of the matters under discussion was the use of FRP composites. A substantial majority of the delegates were in favour of the material, but wanted to see guidelines developed for assessment of fire safety. This resulted in the establishment of a correspondence group under the leadership of the Swedish Transport Agency, which is due to present its proposals within a year This work is an important step towards greater acceptance of FRP composites on SOLAS vessels. SP Fire Technology is an expert member of the Swedish delegation.

Growing use of lightweight materials

The main driving forces behind the introduction of lightweight vessels are environmental considerations and fuel costs, although other factors such as corrosion resistance, stability, weight, insulation, length of life etc. all favour greater use of lightweight materials. Smaller vessels made from FRP composites (or aluminium) are already in use in national traffic, and several commercial projects are in progress or about to start. A strongly growing demand for service vessels for the offshore sector, together with an ageing fleet of vessels in coastal traffic in Europe, are expected to result in a major increase in the number of lightweight vessels. IMO’s discussions, together with the work of the Swedish-led correspondence group, are in turn expected to result in a growing number of composite designs for larger vessels.

The newer versions of the “Naval Ship Code” (the military equivalent of SOLAS, published by NATO) permit the use of FRP composites without requiring a special fire risk assessment. The material is already in use today, in both smaller and larger naval vessel designs, with interest in its use on the increase. Two Indian corvettes, for example, will incorporate composite superstructures that are now being made at the Kockums’ Karlskrona shipyard.

FRP composites will hardly replace all steel used in vessels or offshore structures, but are likely to be used considerably more than is the case today. Rising oil prices, environmental concern and the prospects for stability improvement, longer life and reduced maintenance costs, all create very favourable conditions for greater use of composite structures at sea.