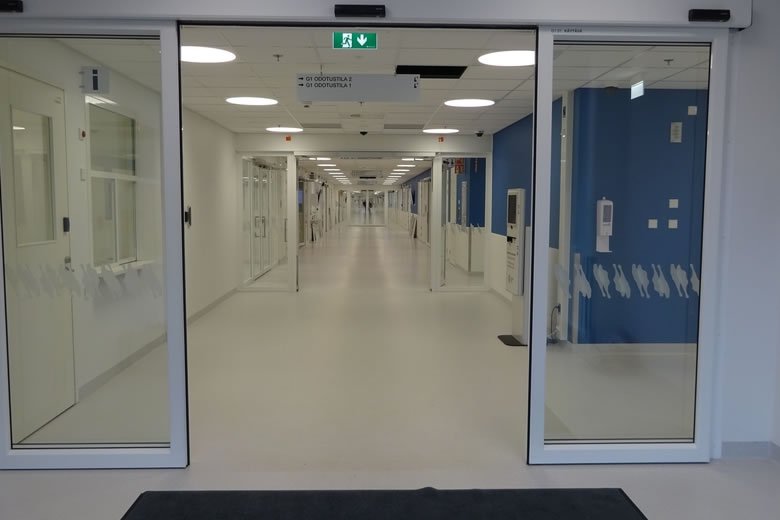 A completely new central hospital was opened in Jyväskylä, Finland at the start of 2021. Built for Central Finland, its open-plan interior design and pioneering functional concept are both impressive. A sophisticated fire detection and alarm system from Securiton offers reliable fire protection for the building.

The Finnish hospital sector has long suffered from aging hospital facilities and a lack of new models of health care. The old Jyväskylä hospital in Central Finland was a prime example. With the new Hospital Nova in Jyväskylä, which was completed in 2020 and commissioned in 2021, an entirely new hospital was inaugurated in Finland for the first time since the 1970s. It combines the clinical requirements of a modern hospital with an intuitive design.

It is not a single, large-scale, maze-like building, but is rather divided into four separate buildings: the first houses the operating theatres and specialized care, the second the hospital wards, the third the outpatient clinic and the fourth other supporting departments. All hospital functions are connected by a long public atrium that feels more like a shopping mall than a traditional hospital.