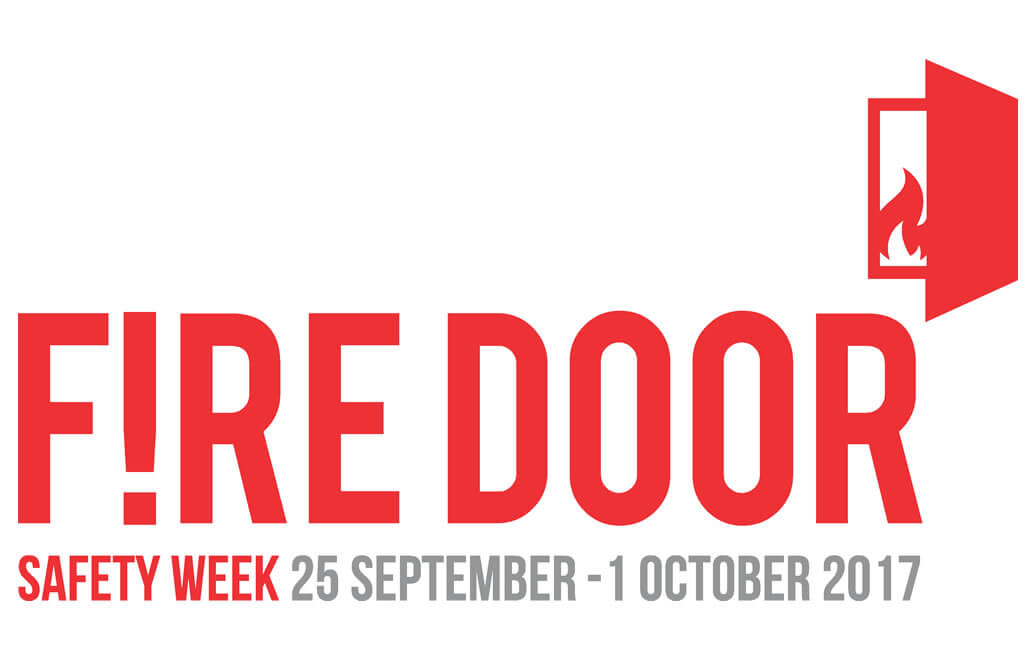 Support for this year’s Fire Door Safety Week campaign continues to grow as fire safety tops the agenda for many in the wake of the Grenfell Tower tragedy.

As well as pledging support for the campaign, many organisations are planning events this month to help spread Fire Door Safety Week’s message about the critical role of third-party certificated fire doors in high-rise buildings, houses of multiple occupancy and other types of shared accommodation.

Even before the week begins, a one day conference focusing on fire safety in tower blocks will be held by Local Authority Building Control (LABC) on Friday 15 September at Novotel, Broad Street, Birmingham. The purpose of the event is to raise awareness of fire safety across professions involved in the construction and post-occupation management of high-rise buildings.

A CPD-accredited education day on fire and the role of fire doors will be held by Midland Building Products on Wednesday 20 September. Topics to be covered during the day include fire and smoke seals, fire door installation and section, glass and glazing and the third party certification of fire doors. Experts from West Midlands Fire Service and law firm Pinsent Masons will also be on hand to answer any questions that delegates may have about fire safety and corporate risk and responsibility.

Fire Door Safety Week itself then kicks off with a major event by the London Fire Brigade which is holding a seminar for those responsible for fire safety in the residential rented housing sector. The seminar, in partnership with BWF-Certifire, will be held on Monday 25 September at the London Fire Brigade’s headquarters and is by invitation only.

A free seminar on fire door compartmentation and fire doors and evacuation in a mental health trust will also be held on 25 September. Speakers at the event, hosted by Intastop, include Bradford District NHS Foundation Trust and Checkmate Fire. The event will be held at Intastop’s training centre on Kelham Industrial Estate, Doncaster.

Arnold Laver will be co-hosting a free CPD accredited fire door safety day alongside BWF-Certifire on Tuesday 26 September at Elstree Studios in Borehamwood. Speakers from Arnold Laver, BWF-Certifire, Lorient, Vicaima, dormakaba and Vetrotech will cover a range of topics centring on the specification, certification and inspection of fire doors.

A seminar looking at the issues and solutions around glazing fire doors will be held by Hodgson Sealants at Beverley Racecourse on Wednesday 27 September. Speakers for the event will include BWF, the Fire Door Inspection Scheme (FDIS), Exova Warringtonfire and Vetrotech. A factory tour will be held at the Hodgson Sealants factory for interested parties.

A half-day seminar covering the design, specification, installation, inspection and maintenance of third-party certificated fire doors will be hosted by the BWF and BWF-Certifire at The Building Centre. The CPD-accredited ‘Are You Fire Door Sure?’ seminar will be held on Thursday 28 September and half of the income generated will be donated to the Children’s Burns Trust. Speakers at the event will include FDIS, London Fire Brigade, the Guild of Architectural Ironmongers (GAI) and the Glass and Glazing Federation.

“Fire doors often get overlooked when it comes to fire safety in a building. It is sadly not uncommon to see buildings which have fire doors without signage, doors with broken glass, no intumescent or smoke seals, as well as fire doors that have been wedged open.

“Many people do not realise that the real job of a fire door is to hold back fire, smoke and toxic gases, delaying the spread around a building and keeping the vital means of escape route clear. They only work properly if they are specified, manufactured, installed and maintained correctly, and of course, closed when a fire breaks out.

“So it’s great to see so many organisations not only pledging their support for the campaign but also getting actively involved. These events will help to spread the word about the importance of fire doors in saving lives and protecting property.”

Later this year, BWF-Certifire is also linking up with Exova to launch a new fire door installation guide at UK Construction Week, which will take place in October 2017 at the NEC in Birmingham. At the launch, Exova will also be holding live demonstrations on correct fire door installation.

All events can be booked via the news and events page on the Fire Door Safety Week website.