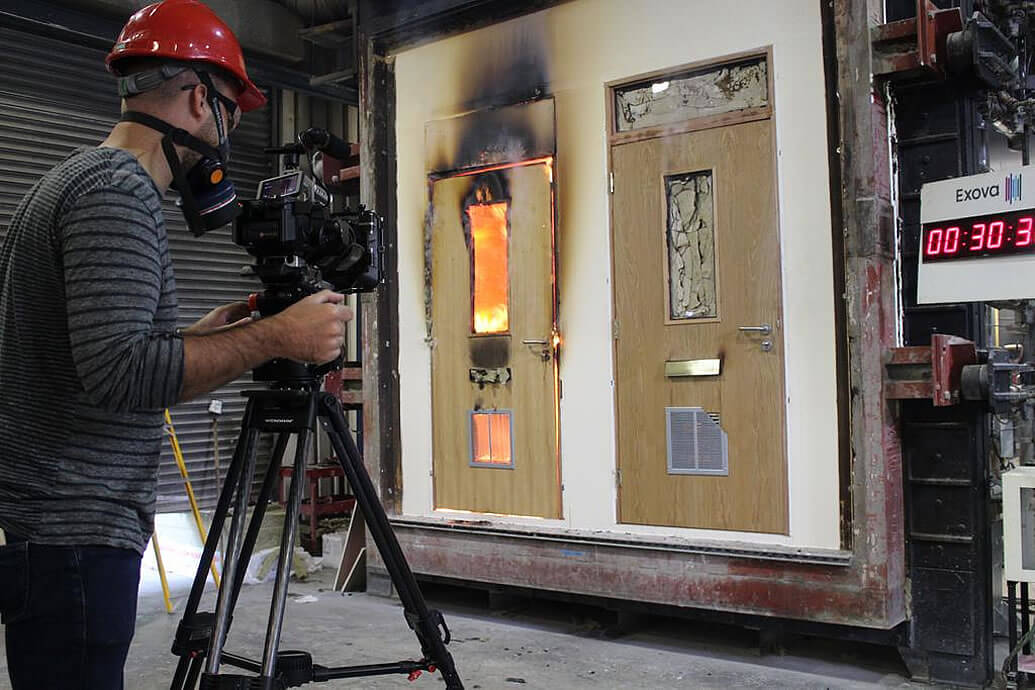 The award-winning Fire Door Safety Week campaign has hit a five-year high in delivering its messages on the importance of fire doors in saving lives and protecting property, and landlords’ legal responsibilities for managing fire door safety.

The campaign is run annually by the British Woodworking Federation (BWF), BWF-Certifire scheme and the Fire Door Inspection Scheme (FDIS), in partnership with the Government’s Fire Kills campaign, and took place from 25 September to 1 October this year.

Initial evaluation of the campaign this year shows that it attracted its highest number of supporters ever, including 273 organisations from all parts of social housing, the private rented housing sector, the construction supply chain, fire and building consultancies and local fire and rescue services. This was a 54% increase on last year.

Among the high profile supporters were London Fire Commissioner Dany Cotton, and Bill Grant, MP for Ayr, Carrick and Cumnock who had 31 years’ service in the fire brigade.

Publicity for the campaign resulted in more than 350 pieces of media coverage, including in the Daily Telegraph and the Mirror newspapers, and 16 broadcast items including on Radio 5 Live, LBC, BBC Radio Leeds and talkRADIO.

The media coverage so far this year is estimated to have been actively read by 2.7 million people, with another 11.4 million tuning in to broadcast items and 3.6 million touched by the social media campaign. The total reach of 17.7 million is almost double that of last year.

There were 19,369 visits to the Fire Door Safety website and 7,850 page views of the toolkit during the course of 2017. Of the items in the toolkit, the most popular was the 5 Step Fire Door Check which has been downloaded 596 times so far this year.

There were more than 8,000 engagements on Twitter (a combination of likes, replies, re-tweets, clicks and profile visits), almost 2,000 tweets that mentioned @FDSafetyWeek, and more than 3,800 tweets that used the campaign hashtag #FireDoorSafetyWeek during the week itself.

“The noise around this year’s campaign has been resounding, beating all our previous records by a considerable margin. We saw great engagement from supporters and across social media in the run up, during and in the aftermath of the campaign.

“But the work carries on, and we still need to keep up that momentum. Following on from the Grenfell Tower tragedy our main focus was on high-rise tower blocks and other forms of shared accommodation. We wanted to raise awareness among tenants and landlords about the vital importance of fire safety in flats and apartments. Nobody can claim that job is yet done.

“The campaign does not just take place one week a year and then nothing happens until the following autumn; Fire Door Safety Week is a year-round campaign. The BWF and its members are involved still in running awareness events, in training fire and rescue personnel, and in supporting councils, housing associations and tenants all across the country.

“We will continue to work tirelessly to raise awareness about the importance of fire doors and to get out there to improve the safety standards of buildings as we look ahead to Fire Door Safety Week 2018.”