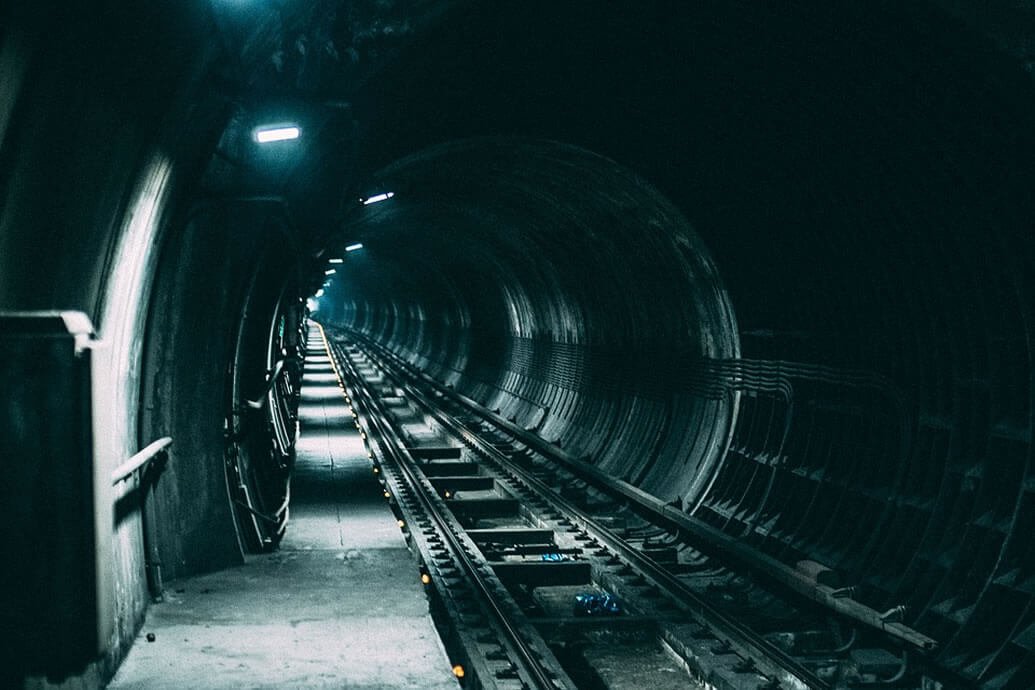 In September, unique fire and explosion tests on a train were carried out in an abandoned railway tunnel outside Arvika.  The purpose of the tests was to investigate how fire and combustion products spread in the early stages of a fire, as well as to obtain values of temperatures and heat release rates in a fully developed fire in a tunnel.  The results can then be used as input data for evacuation tests, as part of the continuous work of risk analysis, by fire and rescue services, for design purposes and for validating and developing mathematical models.

Underground metro rail systems are complex infrastructures of considerable importance for their communities.  They create a situation in which many persons share a relatively limited area at the same time.  This creates considerable risks, with the tunnel fires that have occurred in recent years showing clearly that a fire can have both major and deadly consequences.  Terrorist attacks, such as those that occurred in London in 2005 and in Moscow in 2010, show the new threats to which a metro system is vulnerable.  Large numbers of persons, differences in levels, long escape routes etc. all complicate evacuation and rescue efforts.  The speed at which a fire develops, and the resulting conditions inside carriages and in the tunnel, are decisive in determining whether passengers can escape safely.  This is one of the main reasons for performing the full scale fire tests as part of the METRO project.  See Page 6 for further information on the project.

In order to obtain a better understanding of the growth of a fire and conditions governing rescue work in tunnels, full scale fire tests were carried out in the abandoned Brunsberg tunnel, 20 km outside Arvika.  The tunnel is a 276 m long single track tunnel that was abandoned when a new tunnel was built close by in order to improve track alignment (greater curve radius).  Full scale fire tests are demanding in terms of resources, and only very few such tests have been performed on metro trains or full size trains anywhere in the world.  These tests are, in fact, unique in several ways:  partly in terms of their performance, bringing together many research and working disciplines actively to participate in the tests and benefit from the results, and partly because typical baggage was used in order to provide an additional fire load in the tests.  Earlier tests have been carried out without considering the baggage carried by passengers, and possibly left behind when the train is evacuated.  The fires in the Bakus metro in 1995, and the Kaprun mountain railway tunnel in 2000, show that abandoned clothing and baggage can play an important part in the progress of the fire.  For this reason, as part of the work of the METRO project, a field survey were carried out on Stockholm commuter trains and underground trains, under the leadership of the Mälardalen University in conjunction with SL and MTR in Stockholm.  The survey looked at what, and how much, baggage the passengers had with them.  Working with SP, Mälardalen University then carried out tests in SP’s fire test laboratory, burning typical bags in order to determine their heat release rates and energy contents.  The fact that passengers’ baggage can increase the risk of spread of fire in a metro carriage is shown not least by the tests performed at SP in the summer of 2011.  The baggage is one of the factors that determines whether a fire will flash over or not.  The full scale tests in the Brunsberg tunnel therefore included baggage in the carriages in the form of an average distribution of 4.5 kg on or beside 82 % of the available seats, which were the values found by the above described survey in the Stockholm metro.  Bags used in the tests contained paper, plastic and fabrics in a representative allocation, as based on the earlier field tests.

For the full scale tests, the Stockholm Public Transport (SL) provided three Type X1 commuter train carriages.  As the siding leading to the tunnel is still part of the operational rail network, the carriages could be transported all the way from Stockholm to Brunsberg without having to be lifted off the track.  They did, however, make a longer stop in Västerås for the fitting of instrumentation and, for one carriage, interior modification to resemble the fitting out of a Type C20 carriage (i.e. a metro carriage as used in Stockholm).  This included new non flammable surfaces and more modern seats.  During the full scale tests, one test a week was carried out over a period of four weeks.  The first test involved a fire underneath a carriage, followed by two full scale fire tests and a final explosion test.  The two major fire tests were carried out in two identical Type X1 carriages, with the same additional fire load in the form of passengers’ baggage, but with one essential difference, in that the interior of one carriage was completely refitted as described above.  The actual fires in the carriages were started using a smaller quantity of petrol, similar to what would be likely with a deliberately started arson fire.

Temperatures, radiation, concentrations of various gases, smoke density, air velocity and heat release rate were measured at many positions, both in the carriages and in the tunnel.  A total of 139 different measurements were made simultaneously.  A large mobile fan, which the project borrowed from the High Coast Ådalen fire and rescue services, was used to ensure that the fire gases flowed in one direction, and to facilitate heat release rate measurements.

The data is still being analysed, and it is planned to present detailed results during the ISTSS 2012 conference in New York in March 2012 (www.istss.se).  However, some conclusions can be drawn already.  The tests showed clearly that the presence of baggage plays an important part in the progress of the fire, but also that the work that has been done on improving fire safety in metro carriages is effective.  The fire grew considerably more slowly in the carriage that had been converted to better represent present day metro carriage standards.  Although both the full scale fires resulted in flashover, there was a considerable difference in the time taken to reach it.  On the other hand, the progress of the fire immediately before and during flashover is very similar in both cases.  The measured heat release rates will be considerably higher than values that have previously been measured.  An interesting phenomenon occurred during the tests, in that the entire air mass (bulk) in the tunnel started to pulsate.  This phenomenon had been previously observed in the Runehamar road tunnel fire tests that were carried out by SP in 2003, but it was not clear whether it would also occur in these tests.  Before pulsation occurred, the smoke was back layering upstream of the fire, but this could be more or less controlled by increasing the speed of the fan.  In the case of a real fire, this phenomenon would be of major importance when deciding whether it would be possible to attempt to approach the fire.

Results of value to many

The results are expected to be of considerable value to tunnel operators, fire and rescue services, public authorities, designers, consultants and insurance companies all over the world.  Even while the tests were in progress, the project and the full scale tests were arousing considerable interest in the media.  An international workshop, attended by over 170 delegates from 18 different countries, was held in parallel with one of the fire tests in the tunnel.  Delegates were able to visit the tunnel before the test, and watch the test ‘live’ from the conference hall.

The METRO project is concerned with fire and explosion safety in underground mass transport systems.  It brings together scientists and experts from nine different organisations in Sweden:  Mälardalen University, Lund University, SP Technical Research Institute of Sweden, FOI Swedish Defence Research Agency, University of Gävle, Swedish National Defence College, Swedish Fortifications Agency, Greater Stockholm Fire and Rescue Service and Stockholm Public Transport (SL).  The three year project is due for completion in 2012 2013.  The project has been financed by over SEK 14 million, with an additional project to a value of a further SEK 4.8 million.  The project management group for the entire metro project consists of Mälardalen University, SP, and Lund University.  Multi disciplinary work extends across specialisation fields and organisation boundaries, with the full scale tests covering several sub areas:  fire, explosion, evacuation and rescue work.  The project has been financed by SL, Formas (Swedish Research Council for Environment, Agricultural Sciences and Spatial Planning), the Swedish Fire Research Board, the Swedish Transport Administration, the Swedish Civil Contingencies Agency (MSB) and the Swedish Fortifications Agency.