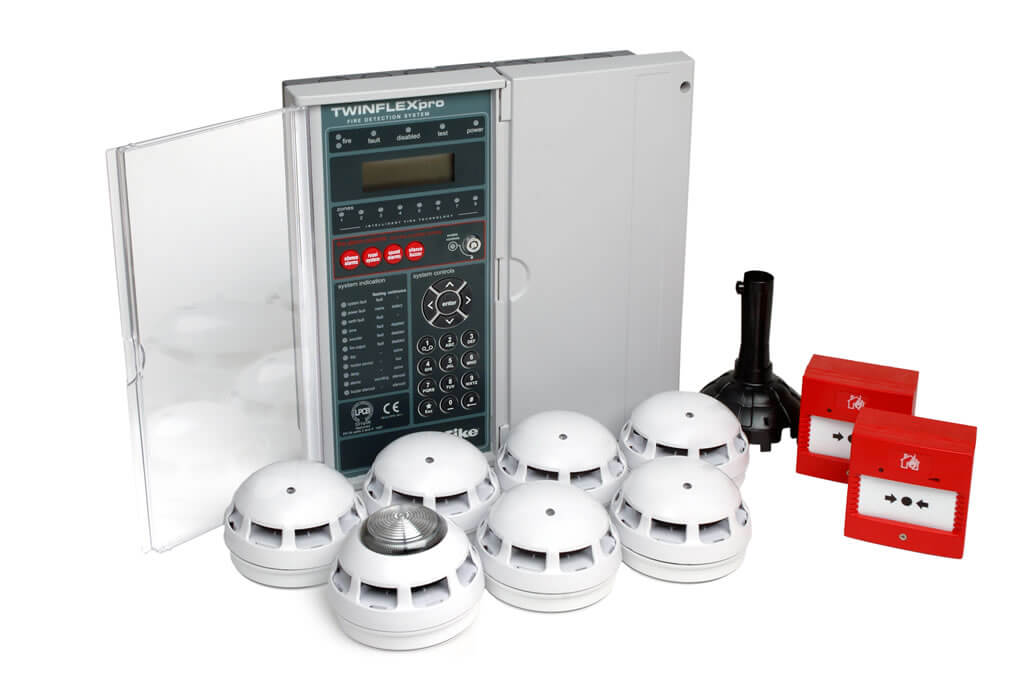 Fike Safety Technology (FST) has launched TWINFLEX SRP, an innovative Extinguishing Control Panel, as part of its extensive Fire Suppression systems portfolio. TWINFLEX SRP can be used as a standalone solution, or can be interfaced to external fire safety systems through its versatile set of monitored inputs and outputs.

The panel offers unrivalled performance and a unique set of features that includes three configuration options for the programmable zonal inputs. Each of the 4 input zones can be configured as Conventional Detection, Releasing or with Fike’s unique TWINFLEX Detection.

When configured as TWINFLEX, the system uses intelligent fire detection devices, which allow multi-function detectors, manual releases, sounders and beacons to be connected on the same 2-wire circuit. This also provides more detailed device and fault type information and can significantly reduce the installation costs compared to conventional detection circuits. In addition to the Conventional Detection mode that allows the connection of standard conventional detectors, the input zones can also be configured as Releasing, where the panel is connected to a new range of Releasing Modules. These provide interfaces to both universal solenoid valves and to Fike’s own Impulse Valve Technology.

The unit is housed in an elegant enclosure with an intuitive user interface and a LCD text display. Five programmable monitored inputs are provided for connection to devices such as manual Extinguishant Release call points and switches. A series of monitored outputs are available for conventional sounder circuits and relay and auxiliary control. Up to 8 Remote Status Indicator panels can be connected directly to the control panel via an RS485 interface, allowing system status and control to be provided at multiple locations.