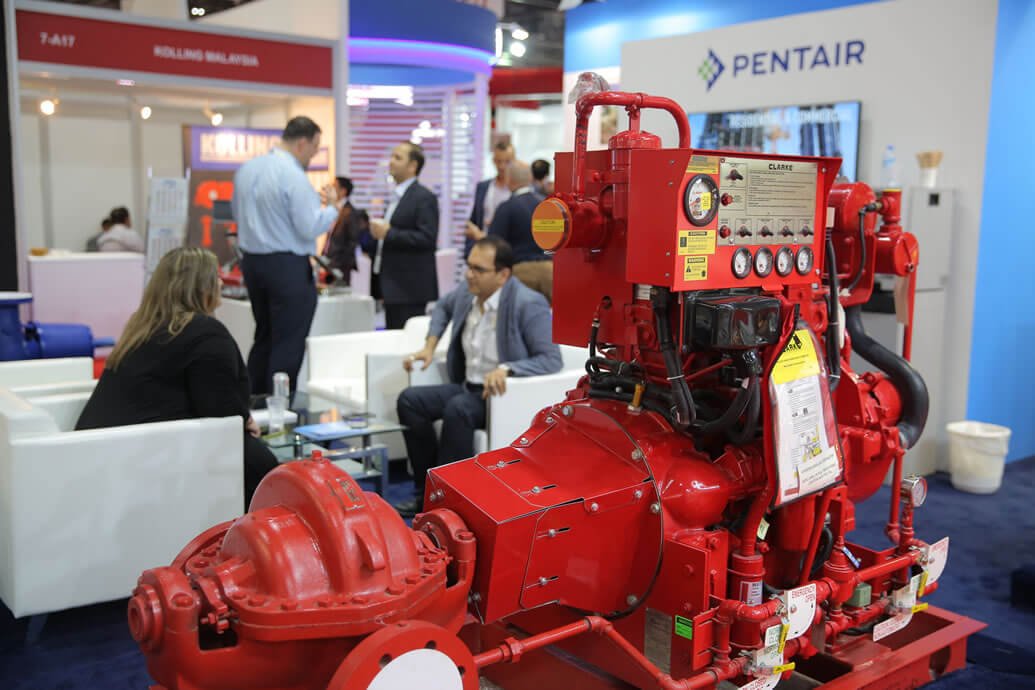 As preparations continue ahead of Intersec 2018, the 20th anniversary edition of world’s largest trade fair for security, safety, and fire protection will be a notable milestone for a number of exhibitors that have grown with the exhibition since its inception in 1999.

Pelco by Schneider Electric is one of 13 companies at Intersec 2018 that exhibited at the inaugural edition 20 years ago, and will line up alongside more than 1,300 exhibitors from 58 countries when the three-day event opens from 21-23 January at the Dubai International Convention and Exhibition Centre.

The American-based provider of security cameras, CCTV, and video surveillance systems had no direct presence in the Middle East until 2003 when it opened an office in Dubai, and has since established itself as one of the region’s major players.

Pradeep Nair, Pelco’s Regional Sales Director for the Middle East and India, said: “Even with direct presence in Dubai, it took us a bit longer to establish our offices in other Middle East cities and Intersec helped as the major platform to meet new and current customers in a single place.”

“Today, with a much larger presence and increased market share in the region, we see Intersec as a key platform to launch our new products and show our presence to the market.”

Nair said the Middle East continues to show tremendous opportunities in all business categories, which has been reflected in substantial growth for the regional security industry, while the market has easily adapted to the transition from Analogue to IP and advanced industry technologies.

He added: “Today, Pelco’s product portfolio includes the best performing IP products in the Industry, which are completely open and offer great benefits to end-users. This has helped us win some key projects in the region and maintain a large market share over the last several years.

“Some of our major regional references include shopping malls, metros, city surveillance, airports, prestigious hotels and many large oil and gas facilities. Our revenue has grown exponentially from 1999 to 2017, and from the first Pelco employee on the ground in 2003, we now have more than 30 employees across the region in various sales and support roles.”

Much like Pelco, Intersec’s own growth has been immense since its debut show in 1999, when Pelco was one of just 61 exhibitors from 13 countries. Now two thirds of the world’s top 50 security solutions providers are on board for 2018, including 19 of the top 20.

Nair said it was the quality and support both brands provide that’s key to their respective growth and success over the years: “Pelco has always focused on maintaining its brand image and quality, even in challenging times, which has been the case with Intersec as well,” he said.

“We anticipate that Intersec will continue to grow as the largest professional security show in the European Union and Middle East, as its footprint continues to expand with more exhibitors and attendees.”

“More specifically, we’ll feature specific solutions for oil and gas and city surveillance applications featuring our leading-edge VideoXpert Enterprise and Professional VMS and ExSite Explosion Proof IP Cameras, which are most relevant for this region.”

UAE-based NAFFCO offers another success story of its remarkable expansion over the last two decades, not only in the Middle East, but internationally, having established itself as one of the world’s leading suppliers of life and fire safety solutions with a global network spanning over 100 countries.

From a 12sqm stand 20 years ago, NAFFCO will occupy more space than any other exhibitor at Intersec 2018. The global powerhouse will cover 1,700sqm at the Dubai International Convention and Exhibition Centre, from where it will showcase its vast range of UAE-made firefighting equipment, protection systems, trucks and vehicles.

Ahmed Pauwels, CEO of Intersec’s organiser Messe Frankfurt Middle East, said: “Intersec has grown in size and scope over the past two decades keeping pace with, and reflecting the tremendous transformation in the regional safety and security market.”

“It has evolved into a multi-level interactive and inter-connective event that’s instrumental in hosting some of the most significant product launches, market forays and new business partnerships in the industry.”

Pauwels added much of Intersec’s growth and success is also due to the long-standing support of the show’s official government partners, which now includes the Dubai Municipality.

“The Dubai Police, Dubai Civil Defence, and Dubai Police Academy have been Intersec’s official partners for many years, and their support is crucial as we continue to expand the show together,” said Pauwels.

“We’re delighted to also have the Dubai Municipality on board as an official supporter, which becomes even more important with major events such as the Dubai Expo 2020 drawing ever closer, and the need to keep critical infrastructure, assets, and people safe with the latest security equipment and technology.”

New features for 2018 include a Drones Pavilion and indoor Drone Zone, while a Wearable Security Pavilion will put the spotlight on advanced textiles including head-up displays, body cameras, embedded sensors, exo-skeleton communications and more.

Returning features include the Safety Design in Buildings Pavilion in the Fire & Rescue section, as well as an Outdoor Demonstration Zone of the latest fire rescue applications in action.

More information is available at: www.intersecexpo.com.