Engineers of Tomorrow returns to IFSEC & FIREX in May 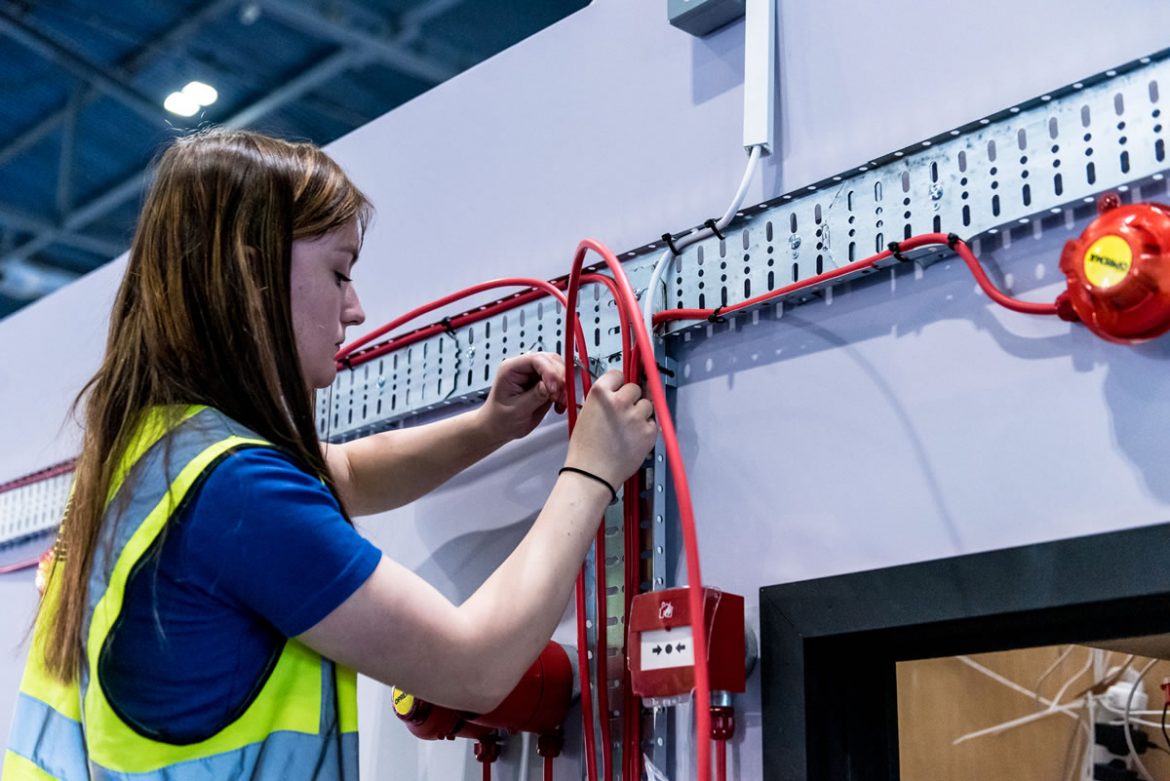 The highly regarded IFSEC Engineers of Tomorrow competition continued to go from strength to strength in 2021, and the stakeholders behind the event are delighted to announce its return for 2022.

Engineers of Tomorrow helps to raise the profile of engineering apprenticeships and the opportunities they represent within the sector. Taking place at IFSEC and FIREX International each year, winners of regional heats compete in a live installation challenge at the show. The process involves two separate competitions – one for electronic security systems, and the other for fire systems.

The winners of Engineers of Tomorrow will then proceed to the esteemed WorldSkills UK (WSUK) LIVE competition – the nation’s premier skills, apprenticeships and careers event. For the first time this year, both the electronic security and fire competitions will be represented at WSUK – underlining the value of both competitions to the wider UK skills industry.

The application process is now open for any apprentices in the security and fire sector looking to take part.

The competition aims to help tackle the growing engineering skills gap and attract and retain the next generation of security and fire systems installers. While the 2020 competition was unfortunately unable to go ahead, due to the impact of the coronavirus pandemic, 2021’s competition saw a record number of entries take part, despite the challenges and restrictions of the global pandemic.

EoT-FireCompetition-22Once again, the Engineers of Tomorrow finals will return to the IFSEC and FIREX show floor on 17-19 May at London’s ExCeL this year. Apprentice finalists will get the chance to show off their skills in front of thousands of peers and professionals from the security and fire sectors.

David Scott, Managing Director at Skills for Security, explains: “We’re thrilled to get back to the live event this year, where Engineers of Tomorrow finalists can compete in front of their own industry, and showcase the talent that we know, as training providers, they demonstrate on a weekly basis.”

“In addition, to have both security and fire competitions represented at WSUK this year is another fantastic result for the event and industry. WSUK gives opportunity to shine a positive light on the security and fire engineering sector as a career of choice, attracting new young talent into the industry. It puts the industry on a pedestal alongside the Navy, BAE, NHS and other major sectors and showcases the industry as a fun, technology-driven industry where learning never stops.”

17-19 May: Engineers of Tomorrow finals at IFSEC and FIREX (ExCeL, London) – Winners of both competitions go on to compete at WSUK

The 2021 event witnessed a few changes to previous years, not least because of COVID restrictions, however, regional heats still took place across all four UK nations, and the finals took place at Skills for Security’s HQ in Warrington. The regional heats took the form of a knowledge-based assessment which was completed online and invigilated by an employer or tutor.

The winners of the Engineers of Tomorrow competitions were announced at the prestigious Security & Fire Excellence Awards in November, while the WorldSkills UK winners were revealed live by Steph McGovern a week later. The industry was well represented on the live show, with Tom Sixsmith, Apprentice Fire & Security Engineer from EFT Group, on the panel talking about his passion for the industry.

Jordan Duggan, Director at EFT Systems, added: “EFT Systems were delighted to have one of our apprentices Tom on the panel for the WSUK Ceremony. We have competed in this competition from the start for our sector and all apprentices at EFT recognise the importance of taking part not only in the competitions but also in promoting our sector which has a huge skills shortage. Tom did an excellent job of talking about our industry and apprenticeships and we look forward to him taking part in the competition next year!!”

Stakeholders involved in supporting and contributing to the IFSEC & FIREX Engineers of Tomorrow competition are Skills for Security, CSL, NSI, SSAIB, and Texecom Academy, while additional support comes from the BSIA and BAFE.In addition, several manufacturers have demonstrated their own commitment to the event. As part of a three-year commitment, Hikvision, Texecom and CSL all donate equipment to be used in the heats, whilst Advanced and Apollo Fire Detectors – both part of the Halma Group – donate products for the fire competition.