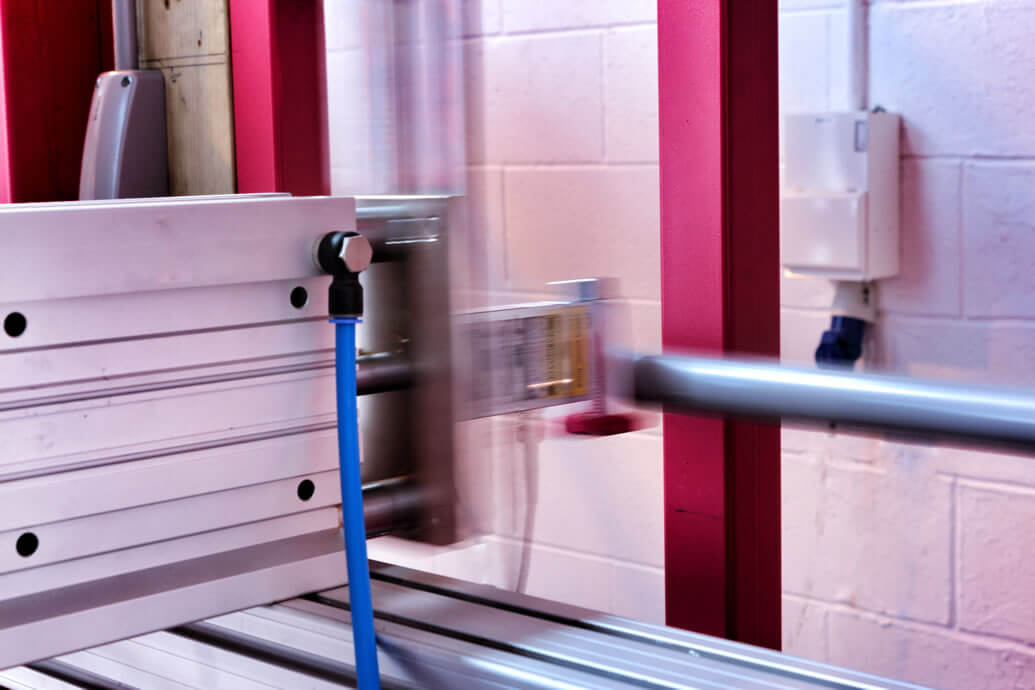 The origins of Emergency Exits & Panic Hardware devices are directly tied to an event which occurred in Chicago on December 30, 1903. On this day, approximately two thousand individuals were attending a matinee performance of M. Bluebeard, starring the popular comedian Eddie Foy, at the recently opened Iroquois Theater. The theater became a part of life safety history when a spotlight started a fire that swept through the theater. This fire resulted in the loss of life of about six hundred victims. Many victims perished when the audience tried to exit the building after the fire began to engulf the inside of the theater. The panicked audience’s attempt to exit the building led to many victims being killed by the stampede effect which was magnified through the presence of the locked doors, inward swinging openings and blocked exits in the newly built theater. The unfortunate lessons learned from this fire have led to numerous improvements in egress and life safety which are often unknown to anybody who enters or leaves a public space.

One major result was to legislate that doors in the path of egress must swing out in the direction of travel so as to prevent stampeding in an emergency, thus giving birth to the use of outswinging doors on the exterior of commercial structures. The second major result concerned the proper use of hardware on door openings which remains unlocked in the direction of egress and does not impede the flow of people in an emergency.

Two inventors from Indianapolis, Carl Prinzler and Henry DuPont, took the opportunity to invent the first piece of door hardware designed to allow egress out of a building while providing security and locking features on the outside of the door. Their invention, consisting of a crossbar activating a latch mechanism, in combination with the concept of the outward swinging door, has since become a basic building block of life safety and egress in schools, malls, hospitals and theaters worldwide. As life safety progressed as a field of study, the National Fire Protection Association (NFPA) began efforts to codify best practices for building exits through a series of pamphlets published in 1912, 1916 and 1918 and then, ultimately, the first edition of the NFPA 101 Life Safety Code in 1927 under its original name, the Building Exits Code. The NFPA 101 Life Safety Code has become a widely adopted document with nine states and all U.S. federally funded building projects requiring conformance to the code in the U.S. Where it has not been explicitly adopted, it has become a de-facto expectation for egress in buildings in the U.S. and other regions including South America, Central America and the Middle East.

Due to the nature of NFPA 101 being an enforceable code or regulation in the U.S. and other jurisdictions globally, it specifies the standards which are deemed acceptable for the building openings and constructions regulated by this code. For the critical life safety hardware invented by Prinzler and DuPont, and now manufactured by dozens of companies around the globe, the minimum standard for testing has become UL 305, UL Standard for Safety Panic Hardware. This standard was the successor to various accident, installation and manufacturing related criteria used by UL to evaluate panic hardware since 1920 when the first panic hardware Listing was approved for publication. UL 305 was developed specifically as a test method focused on the evaluation of panic hardware to be used in emergency exits. Underwriters Laboratories (UL) published the first edition of the standard in 1955 and it has been in continuous use through today’s Sixth Edition. It is also pertinent to mention that UL 305 has also become a referenced mandatory requirement in The International Building Code (IBC) published by the International Code Council (ICC). The IBC document is important for any company interested in export as the regulation is enforced in every U.S. state through various editions. Outside the U.S., IBC-sourced content can be found in the building regulations in various places in the Middle East.

With an understanding of the origins of the panic hardware device, building regulations and the Life Safety Code and how they interrelate to each other, we will now turn the focus to the UL 305 test method and the four critical tests which make-up the Standard. A product must pass the endurance, emergency operation, elevated ambient exposure and low temperature impact tests described in the standard to be considered for certification as a UL Listed panic device or exit lock. These tests are intended to verify quality components and design and to check the strength and ability of the latches and actuating device to operate under load. A brief summary of each test is listed below:

After the conclusion of the endurance test and the measurements of the post-endurance force to operate the test, an additional operational force test is required. This test is intended to measure the amount of force needed to unlatch the device when overcoming an external force on the door. The latched door or doors are to be loaded with 1100N of force, applied horizontally at the midpoint of the outer edge of the door during this test. Under the loaded door conditions, the actuating push pad or cross bar must withdraw the latches and allow the door to be opened with an applied force on the actuating push pad or cross bar of 220N or less. The actuating push pad or cross bar cannot be deformed or bent during this test. A minimum 25.4mm space between the crossbar and the door face must be present when the horizontal force is applied to the crossbar. 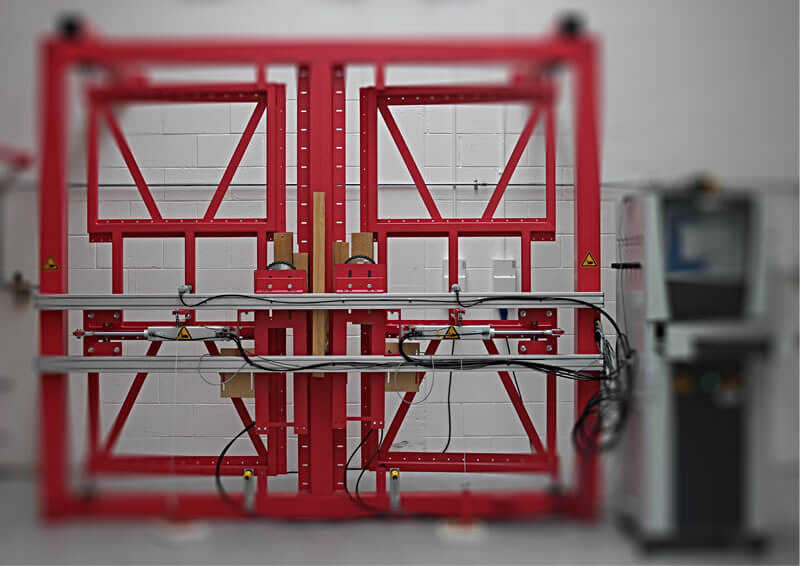 This picture shows a simulated door and frame test fixture used to cycle panic hardware through a full range of opening and closing operations.

For products subject to the elevated ambient exposure test and/or the low temperature impact test listed below, the emergency operation tests must be conducted again after the completion of either test.

For products sold in Canada, the Canadian National Standard, CAN/ULC-S132, has an additional opening force test where the amount of force to actuate the device and open the door must be measured at the left, center, and right sides of the device both before and after the endurance test. This is the only additional requirement necessary to conduct to qualify a product for both the U.S. and Canadian markets during testing. If the product is intended to be installed and used on fire door assemblies, additional testing in accordance with the ANSI/UL 10C Positive Pressure Fire Tests of Door Assemblies must be completed.

When a fire rating is required, the device must be tested on doors which swing in and out out of the furnace and the hardware must perform the following: control the deflection of the door, keep continuous engagement of the latches in the strikes and maintain the integrity of the opening through the fire and hose stream endurance tests. No development of holes or gaps through the door and limited flaming is permitted. For products which comply with both panic and fire testing standards, the terminology changes as they are referred to as fire exit hardware instead of panic hardware. The change in wording is deliberate to ensure that the end-user or building regulatory official can ensure the right product is used in the right location regardless of outward appearance. As an additional point of difference between product types, fire exit hardware cannot be equipped with any mechanical form of latch hold-back or latch retraction commonly known as “dogging”.

If we look beyond the UL requirements for panic hardware, it is very common for these devices to also be evaluated against the BHMA sponsored ANSI/BHMA A156.3 test standard for exit devices and ANSI/UL 294, Access Control System Units, for products which will be used as part of a delayed egress system. The ANSI/BHMA A156.3 builds on the mechanical performance testing of UL 305 with added emphasis on product performance through mandatory increased cycling tests, architectural finish requirements, exterior trim tests and strength requirements. The delayed egress function allows for exit devices to be utilized to limit allowed egress through an opening until after a specified duration of time as permitted by the building regulations. This function is intended for use in areas where an opening may be needed for egress in an emergency, but needs to be secured in day to day operations. These devices are often used in combination with magnetic locks and access control devices to manage the time duration and the release of the door leaf or door hardware for operation.

The topic of life safety and door openings is multifaceted. The panic devices used every day in our offices, hotels and hospitals have become important components of these egress openings. Dependence on these components has resulted in a level of performance such that building regulations require that panic devices must bear a third-party certification mark to be accepted by regulatory authorities. To meet the challenge of compliance and market acceptance, UL provides third-party testing, certification and ongoing factory surveillance programs that help manufacturers gain market and building regulation acceptance for hardware products backed by almost one hundred years of UL panic hardware certifications. UL’s recently opened hardware testing laboratory in the United Kingdom includes full UL 305 testing capabilities in a convenient location. This laboratory, which also offers EN 1125 testing capabilities, gives you the ability to meet the needs of multiple global markets with one testing partner.

The presence of increased life safety requirements, test standards such as UL 305 and a type of product created by two inventors from Indianapolis a century ago, has done much to improve the safety of buildings and minimize loss of life. Today, any opportunity to further reduce or eliminate the loss of life seen on that fateful December day in 1903 must be taken seriously, and properly tested and certified panic hardware is one way to achieve that goal. How can UL help you meet panic hardware certification requirements for the next one hundred years? 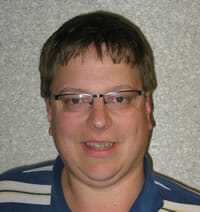 For more information on how UL can help with your hardware testing and certification needs, please visit the UL website.