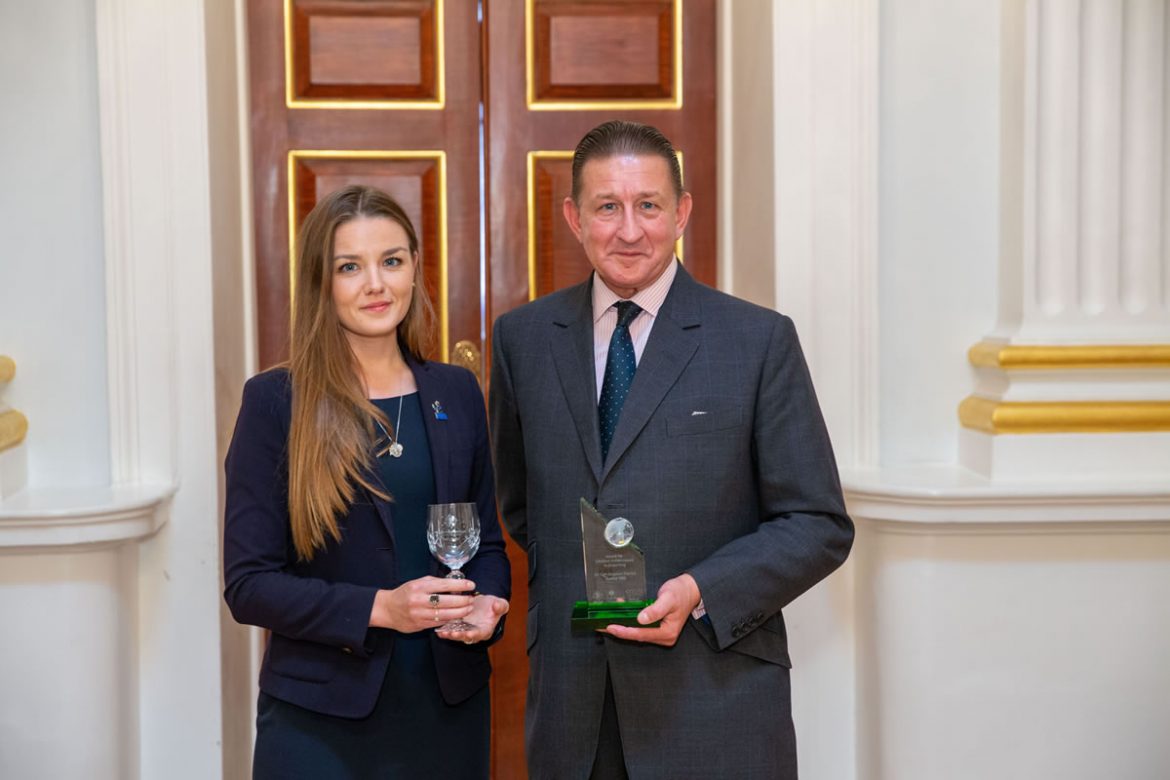 The winner of the inaugural BExA Lifetime Achievement Award, which seeks to honour a person who has provided exceptional service to the UK exporting community, is Carl Hunter, the CEO of Coltraco Ultrasonics, a high-exporting manufacturer in the shipping, offshore oil and gas, renewables, naval, power and safety engineering sectors.

UKEF CEO Louis Taylor, who presented the award at the BExA Annual Lunch at Mansion House in London on October 8, explained the many ways in which Hunter – who was also awarded an OBE in the Queen’s Birthday Honours list earlier this year – has led his company to great triumph over the past few years, noting also that “Carl’s contribution goes far beyond the success of his own business”.

And so, in our own centenary year, we wanted to recognise someone who has dedicated their career to exporting with this ‘Lifetime Contribution to Exports Award’.

It honours a person who has provided exceptional service to the UK exporting community, inspiring and developing others to achieve international success, and being a role model to their peers. And the winner is… Carl Hunter, the CEO Coltraco Ultrasonics – a high-exporting manufacturer in the shipping, offshore oil and gas, renewables, naval, power and safety engineering sectors.

Coltraco exports an impressive 89% of its output to 117 countries around the world – 40% to Asia, 10% to the Middle East, 17% to the USA and 15% to the EU. Nearly 17% of the world’s merchant fleet – that’s over 10,000 ships – and most leading navies, including our own Royal Navy, use Coltraco’s systems and products, along with over half the world’s offshore energy producers.

Awarded an OBE in the Queen’s Birthday Honours list earlier this year, Carl has led his company to great success over the past few years. Under his leadership it won the Queen’s Award for International Trade, recognising 6 Continuous Years of Growth and was named as one of the top 100 Best of British Innovators by Innovate UK.

Yet Carl’s contribution goes far beyond the success of his own business – he has also become one of the Department for International Trade’s Export Champions and dedicated significant time and resources to facilitating dialogue between the government and SMEs.

He has supported four UK-USA SME dialogues, was appointed the 37th Commonwealth Business Mentor, and supports the UK diplomatic community to help increase bilateral trade as well as seven think tanks, including the Adam Smith Institute, the Centre for Social Justice and the Institute for International and Strategic Studies.

His belief that increasing UK exports is of vital importance as the UK prepares to leave the European Union is one shared by the government. Carl’s tireless efforts speaking at conferences, supporting think tanks and engaging stakeholders over many years is the reason why we are giving him this award for lifetime contribution to exports.
Carl, please come up to receive your award!

We recognise, like Carl, that exporting is the fuel in the engine of the UK economy. It transforms lives, providing jobs in our communities and giving people throughout the world the ability to benefit from world-class British goods and services. It powers the ideas, the innovations, the new products and services that point the way to our future.

Exporters like you all here will be key to our future success in cracking new markets, deepening existing trade links and making the UK an exporting superpower following our exit from the European Union.