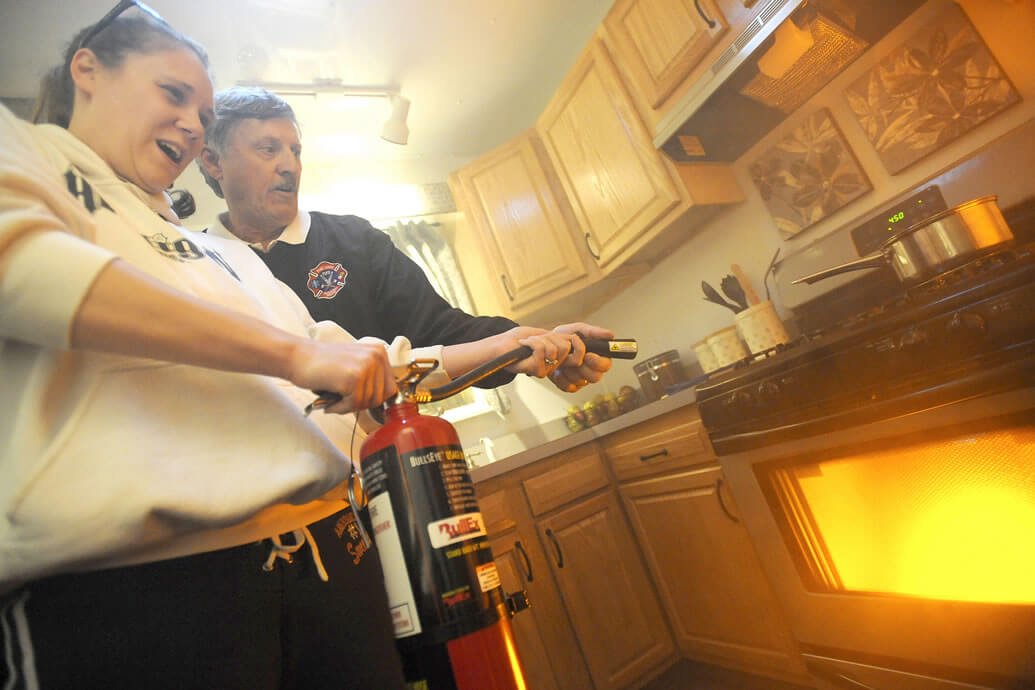 David Oldfield, head of joinery at Arnold Laver, has been voted as chairman of the BWF-CERTIFIRE Scheme. He replaces David Paxton, technical director at Premdor.

David Oldfield said that safety had seen major breakthroughs in the last few years thanks to the overall improvement and simplification of third-party certification of fire doors and the work of the Fire Door Inspection Scheme (FDIS). However, he was very worried still about a culture of complacency among those responsible for specifying, installing and maintaining passive fire protection measures such as fire doors.

In particular, he pointed to recent research by FDIS which discovered that 61% of fire doors inspected had problems with fire or smoke seals, and fines for breaches of the Regulatory Reform (Fire Safety) Order which included fire door failures had reached almost £1million this year. The ’75 facts about fire’ produced by the BWF-CERTIFIRE Scheme for this year’s Fire Door Safety Week also showed a dossier of safety failures across the country.

“The scale of the problem is huge and appears to affect every sector and every type of building we use, work and live in. The state of the nation’s fire doors is a borderline national crisis.

“The fire door industry and its close partners across construction and fire safety services need to continue to work together to ensure critical messages about fire door safety reach our customers, but also echo in the corridors of power – change needs to be driven from the top.

“The message is simple: ensure the right product is specified and installed correctly, and that means a third-party certificated product. Anything less is frankly an unnecessary and unacceptable risk.”

David Oldfield takes to the helm of the BWF-CERTIFIRE Scheme just as new regulations on the CE marking of fire door sets is starting to be implemented.

He will be working closely with scheme manager Hannah Mansell to engage with members, clients and policy makers to ensure the scheme’s voice is heard even louder in 2016, including developing new plans to extend the impact of the award-winning Fire Door Safety Week campaign, to increase the reach of the fire door online training modules recently developed for the BWF’s new Training Academy, and the distribution of the BWF-CERTIFIRE’s comprehensive Best Practice Guide.

He said he also wants to raise the profile of the scheme particularly among small building firms and the merchant sector. “Coming from an Arnold Laver background really means that I do understand the problem from a number of different perspectives,” he said.

David has worked for Arnold Laver since leaving school, recently completing 25 years of service. He has worked in all areas of the business, from a YTS apprenticeship through to the sales office. David became head of joinery four years ago and is now responsible for the sales, marketing, certification and management of all Arnold Laver’s joinery products and services.

“The BWF-CERTIFIRE Scheme has grown significantly in recent years and is now responsible for the testing and certification of about 2 million fire doors a year, approximately 70% of the market. David Oldfield is bringing new ideas to carry on the good work, promoting the critical importance of third-party certificated fire doors and growing the market for scheme members.”

Every two years a different member is elected as chairman of the BWF-CERTIFIRE Scheme – a non-paid but prestigious position that ensures the scheme remains relevant and industry-led. The chairman is voted in on the basis of their network, technical competence and ability to represent the sector.

For more information go to www.bwfcertifire.org.uk