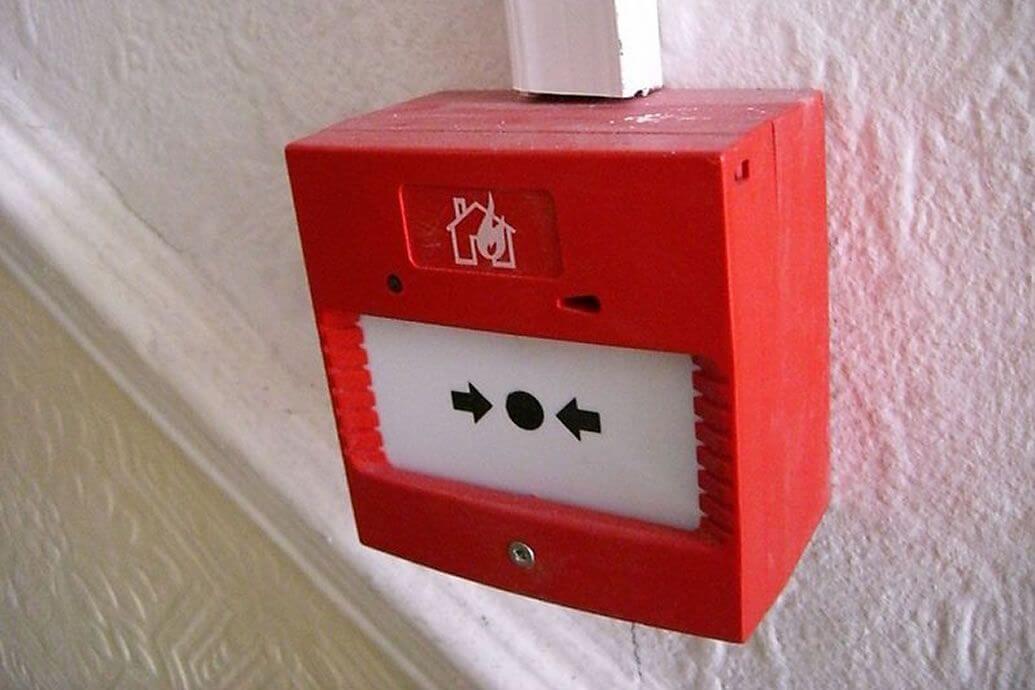 Broadly you can divide into two the configurations for automatic fire detection systems – conventional or addressable!

They both have well defined pros and cons and their specific use can be recommended according to installation complexity and cost, Fire development information and the need to establish interconnection with building management systems and fire containment mechanisms.

As detailed in the below diagram, a zoned or conventional system, has radial wiring interconnecting the sensor devices and that means that you cannot pinpoint the location of the device that initiates the alarm situation. This means that the zonal wiring will follow a path within an area in the building easily seen as a geographical “zone”.

Likewise, the alerting devices, be it alarm bells or electronic sounders, are connected in parallel, going in general along the same path. It is not possible to individually control the activation of sounders since they operate in parallel.

Both detection and alarm wiring is fully monitored for open or short circuit faults and in some cases (active end of line), it is possible to maintain the integrity of the detection wiring even when one or more detectors are removed from their mounting bases!

Some later versions of the conventional systems enable both the sensors and the sounders to be connected via the same pair of wires, thereby saving considerable amounts of cable (and its installation labour). Still, however, it is not possible to individually control the operation of the alarm sounders.

In addition to those limitations, conventional fire alarm panels tend to be fairly uncomplicated pieces of equipment, not providing much functionality or programmability when compared to even the most basic addressable panels! Especially in larger and more complex buildings, a conventional system quickly becomes too limited as well as very expensive and difficult to install, due to the standards limitation in the number of sensor devices per zone (32 in EN54 installations and 20 in BS). In such cases, a mid sized building with 1000 devices will need a panel of more than 50 zones, and require many kilometers of Fire rated cable, which quickly adds up to very high costs!

Nowadays we can consider that the break even level between conventional and addressable systems lies at around 8 zones or 80 devices, any installation bigger than that will be cheaper using addressable equipment.

And what is then an addressable system, may one ask?

As the word implies, in an addressable system, each device has a unique address assigned to it, enabling point identification of the source of the Fire event. This means that the fire alarm panel can identify and pinpoint the origin of the incident, allowing a much more efficient verification and control of the fire’s origin!

The drawing below shows clearly the simplicity of an addressable installation. The most significant feature in this type of system is that between 100 and 250 devices can be connected and monitored or controlled, over a single pair of conductors! Naturally, this amount is vastly dependent on the length of the loop, the section of the wiring and the building constraints.

As opposed to the topology of the conventional system, the wiring of the detection loops has both an outgoing and an incoming connection, i.e. the start and the finish of the loops are both terminated in the control panel! This gives addressable systems an important advantage, in terms of redundancy, over their simpler cousin; in effect, if there is a break in the wiring, continuity is still guaranteed from the other end of the loop. If short circuit isolators are used judiciously, the cable can also be protected from mechanically or fire induced short circuits.

Because each element of the system is uniquely addressed, the loop wiring placement and routeeing is not determined by the zoning of the building, because in most modern systems, devices can be assigned to zones, irrespective of their sequence in the loop. Zones can be programmed and cause and effect interactions defined, irrespective of their physical location!

Cross loop programming, both for sensors and alarming/controlling devices, is a desirable characteristic in any modern addressable system! Sometimes the best wiring routes are not the obvious ones from a topological viewpoint!

In addition to the above advantages, most addressable systems also allow the connection of alarming devices, like sounders or Visual Alarm Devices, in the same wires used for the initiating or detection devices. This cuts in half the wiring needs, allowing the same point installation of both a smoke detector and an addressable sounder. In residential or hospitality installations this is an enormous advantage.

Naturally, the higher price of the addressable system components versus the savings in installation costs is the shifting border defining which system will ultimately be more cost effective but in quite a few countries there is already a legislative requirement for the exclusive use of addressable equipment, mainly due to the many additional features available to the users of the fire alarm system.