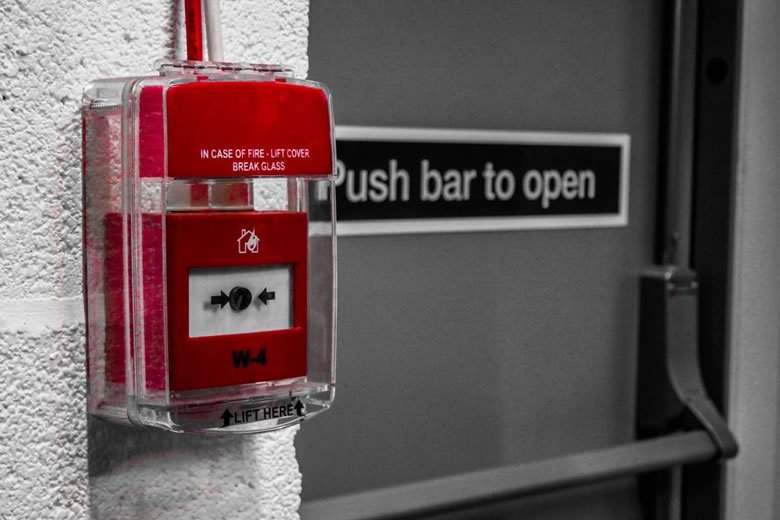 Alarm fatigue occurs when a person becomes desensitised to an alarm due to repeated false alarms and as a result fails to react appropriately in an emergency, having potentially fatal effects.

Recent Home Office data revealed that false fire alarms remained the largest incident type attended by the Fire and Rescue Services in England for 2019/20, with University student halls amongst some of the worst offenders for unwanted fire alarm signals.

The figures show that more than 3,000 false fire alarms were caused by the “malicious activation of [a] call point/alarm”, while 14,725 were recorded due to the accidental and careless activation of life safety devices, such as manual call points.

A prevalent cause of unwanted fire alarm signals is the false activation of a manual call point; often placed in vulnerable locations within student accommodation, it is easy for sensitive break glass units to be knocked or struck, activating an unwanted fire alarm and subsequent evacuation.

Police recently issued over £34,000 worth of fines after being called to a party at a Student Village flat where over 150 people were said to have been partying. Additional resources were deployed after one officer was injured as people broke out of fire exits and maliciously set off fire alarms in order to get away.

Every false fire alarm is costly and disruptive; an avoidable amount of money is wasted and unnecessary strain placed on emergency services as a result of unwanted fire alarm signals – over £1 billion is lost every year in the UK due to false fire alarms.

To recoup this cost, the London Fire Brigade became the first fire services in the country to recover costs from student accommodation with a poor false alarm record, a fine that some Universities pass onto culpable students.

The major fire at the Bolton Cube student accommodation served as a stark reminder of the deadly impact of alarm fatigue; residents ignored the fire alarm as the blaze burned through the block of student flats because fire alarms would sound “almost every day.”

The issue of alarm fatigue was recognised in the Incident Report by Greater Manchester Fire and Rescue Service: “It was reported subsequent to the fire that some residents of The Cube did not immediately respond to the fire alarm as ‘..it goes off all the time..’. This perception has the potential to delay an appropriate response, and hence the ability to safely move to a place of safety.”

Fortunately, the swift actions of firefighters and the students themselves on the night meant there was no loss of life, yet tragically not every student who falls victim to alarm fatigue is so lucky.

Three students died and 62 others were injured after a fire at residential halls at Seton Hall University in New Jersey, USA. Authorities said students fatally delayed leaving the dorms after a series of recent false alarms had “lulled them into a false sense of security.”

An example of classical conditioning, alarm fatigue can have a dangerous effect on an evacuation and failing to react appropriately in a real emergency can prove fatal, especially when every second counts. Whether accidental or malicious it is imperative to eradicate false fire alarms and eliminate the threat of alarm fatigue, before it is allowed to manifest and present an additional barrier to fire safety and ultimately survival.

This is reinforced by fire safety guidance for students halls of residence set out by the Government which highlights that “false alarms from electrical fire warning systems are a major problem (e.g. malicious activation of manual call points)” and therefore “if there are excessive false alarms in your premises, people may become complacent and not respond correctly to a warning of a real fire.”

However, false fire alarms are preventable; as recommended in BS 5839-1:2017 manual call points can be fitted with a protective cover preventing false alarms. At a time where is vital to avoid crowded accommodation, corridors and large gatherings on courtyards that follow an evacuation, it has become even more pertinent to eradicate the causes of unwanted fire alarm signals and limit the mixing of social bubbles.

Safety Technology International manufacture a range of protective covers, from integral covers to outdoor and alarmed models; there are variations to suit all applications. These covers are specifically designed to prevent false alarms whether accidental or malicious.

The tamper-proof polycarbonate covers ensure manual call points are protected without restricting legitimate use in a real emergency, a combination of warning alarm, flashing beacon, and break seal act as a deterrent against malicious activation – helping to eliminate the threat of alarm fatigue.