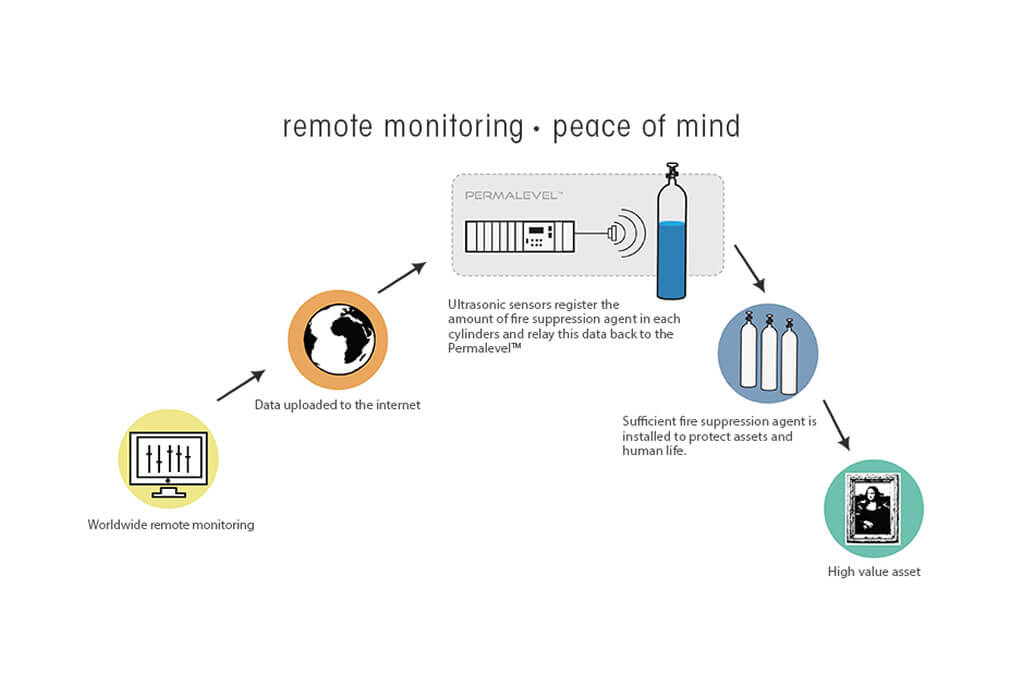 Protect your staff against Accidental Discharge of Fire Suppression Systems

Do you protect your assets with fire suppression systems?

If you protect critical infrastructure, then this article applies to you.

Failure to continuously monitor the gaseous extinguishing system which is fundamental to the protection of the workers and asset is inadmissible. It imperils the lives of occupants of the premises. It risks incurring crippling financial and reputational loss to the facility is a fire event comprises the critical infrastructure.

Did you know accidental discharge of fire suppression systems is dangerous?

Fire suppression systems using liquefied gaseous agents commonly choose carbon dioxide (CO2). CO2 is effective and inexpensive. However, it is also lethal to humans when over 17% concentration. The design concentration found in the cylinders is way above the level we can breathe. Thus if a cylinder discharges with someone in the area, there is an incredibly high risk of illness if not fatality. Therefore, when maintenance of the fire suppression system is due to be conducted in the cylinder room, its vital that the personnel are alerted in the event of an accidental discharge by the manual release valve. Therefore Coltraco Ultrasonics designed the Permalevel® MUTLIPLEX, a constant monitoring system, which provide immediate notification.

Why does discharge occur?

No. 1 There are regularly cases when the select valve does not open i.e. fused and therefore the pressure switch on the delivery pipe will not be able to notify about this manual accidental discharge. If and when this select valve does not open, there is potential that accidental discharge will case the agent in the fire suppression system to accumulate. This built up pressure may cause the manifold to burst.

No.2 In cases where the select valve opens, but the pressure switch is broken no notification will be given about the discharge. If maintenance is being carried out in the protected enclosure as well, accidental discharge would cause the protected enclosure to be filled with agent thus potentially leading to fatality to the occupants of the manned space, but no notifications could be given about the discharge because the pressure switch is broken.

How soon can you identify discharge?

Having a Permalevel MULTIPLEX to monitor cylinders at its source will be able to address issues related to accidental discharge. The Permalevel® MULTIPLEX can also provide immediate notification if the cylinder has been discharged, quicker than the notification from the pressure switch on delivery pipe which could take up to 3 – 4 seconds later.

With guaranteed systems operations, adaptability for purpose, 24/7 remote access to the systems status, an interruptible power supply and remote real-time monitoring, the Permalevel® offers the efficiency that is now a requirement for encompassing protection.

Constant monitoring of gaseous extinguishing systems must be implemented: people’s lives depend upon it. We are here to help you ensure critical safety.

Discover more about Coltraco Ultrasonics’ commitment to customer care and safety on coltraco.com

What is Special Hazard Fire Protection

How to reduce the causes and consequences of...