A Best Practice for Social Housing 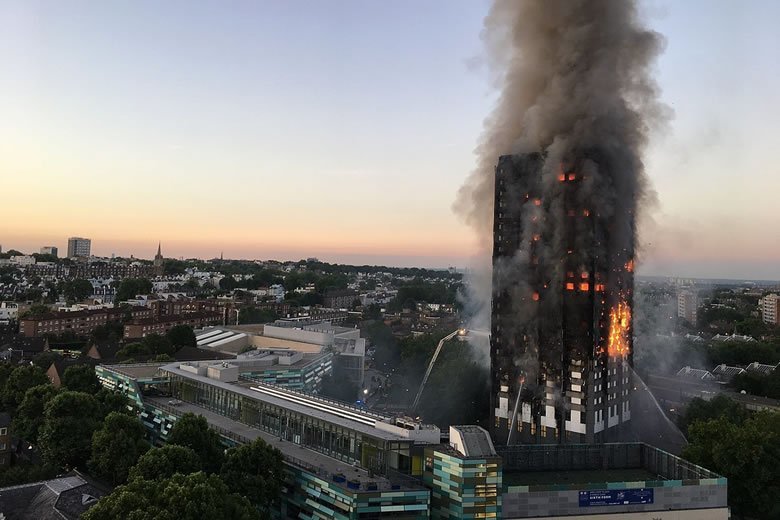 Aiming to fulfil Government commitments outlined in the Social Housing Green Paper and the Hackitt Implementation Plan; a new government-appointed Best Practice Group has been established.

The new group will debate ways to engage social housing residents on fire and building safety issues, helping to ensure residents are given a stronger voice – driving a shift in attitudes across the social housing sector.

Housing Minister, Kit Malthouse MP, said: “This new group will see social landlords and their residents come together to explore new ways to trial this that will help inform wider reforms as we look to rebalance the relationship between landlord and residents.”

The largest ever survey of social housing towers revealed that more than 70% still have unacceptable fire safety issues post-Grenfell. The analysis of 40% of the UK’s total social housing stock also showed that over half of the towers had not been assessed in the 12 months following the Grenfell Tower fire .

It is hoped that the Social Sector Engagement Best Practice Group will assist in measuring the Government’s commitment to the Social Housing Green Paper and the Building a Safer Future Implementation Plan, heralding a transition from reactive fire safety in social housing to proactive.

He added: “Everyone deserves a safe and decent place to call home.

“As our Social Housing Green Paper and Implementation Plan set out, we are keen to pilot new and engaging options to ensure social housing resents are better informed on issues that matter most to them – none more so than their safety.”

Closing the communication gap, each of the eight social landlords within the working group will be accompanied by a resident from their corresponding housing authority in order to prevent complacency and challenge the status quo of fire safety in social housing.

Meeting on a monthly basis the Best Practice Group will design and deliver pilots aimed at engaging and informing residents in regards to fire and building safety – following an initial six month period the group will present its findings to the government which will then be used to inform future policy development.

In the wake of Grenfell London councils alone pledged nearly £400m to fire safety improvements , with the number of local authorities tendering for fire safety work doubling in the year following the Grenfell fire .

Whilst some councils have invested heavily , others have called on the government to provide financial assistance for refurbishments, plugging the ‘unprecedented funding gap’ . This disparity in funding places even more importance on building the relationship between residents and landlords, where good communication is priceless.

The launch of the new scheme follows Dame Judith Hackitt’s Independent Review of Building Regulations and Fire Safety, published a year ago, which appealed to the government to test new ways to open effective discourse with residents, giving them a voice in the improvement of building and fire safety.

In recommendation 4.4 of her Final Report, Dame Hackitt states: “Government should provide funding for organisations working at both local and national level to provide advice, guidance and support to residents, landlords and building owners on effective resident involvement and engagement in order to develop a national culture of engagement for residents of all tenures.”

Acting on the recommendation put forward by Dame Hackitt, the government outlined plans to launch a small group of social landlords to innovate and develop new ways to engage residents with building safety issues, in its ‘new deal for social housing’ – the Social Housing Green Paper.

Published in August 2018 the Social Housing Green Paper marked a key step towards implementing the guidance put forward by Dame Hackitt; in it the government proposed fundamental reform to the current system, with new requirements for fire safety that would pull social housing in line with the private rented sector.

Point 33 of the paper, says: “It is critical that landlords work closely and openly with residents on this so we also want to establish a pilot with a small group of social landlords who would innovate and trial options for communicating with and engaging with residents on safety issues.”

Plans to implement the proposal were finalised in the Building a Safer Future Implementation Plan; published at the end of 2018 this reaffirmed the government’s commitment to a programme of work that would ensure fundamental reform.

The plan states that, as announced in the Social Housing Green Paper, the government will establish the Social Sector (Building Safety) Engagement Best Practice Group, which will build on current expertise in the social sector to work closely with residents to develop a best practice in engagement and communication with residents issues such as fire safety.

One key area for discussion will be the provision of fire risk assessments to residents, under the Regulatory Reform (Fire Safety) Order 2005 landlords are required to carry out a fire risk assessment, but this information is rarely shared with tenants, contributing to the current gulf between residents and social landlords.

A suggested private members’ bill that calls for a “provision about the requirements for fire safety information for occupants of certain buildings” has only served to add weight to the recommendation that assessments should be given to tenants initially made by Dame Hackitt in her report.

Innovative ideas piloted by the group will be shared across the housing sector, laying the groundwork for future legislation. Section 2.37 of the Implementation Plan confirmed the group would hold its first meeting in the new year (2019).

Encouragingly headway is being made elsewhere in the social housing sector with the introduction of the UK’s very first co-ordinated fire safety partnership. Set up by Community Housing Cymru, alongside the South Wales Fire and Rescue Service, the Primary Fire Authority Scheme gives housing associations in Wales free access to advice on issues such as fire safety enforcement.

The Best Practice Group is a necessary step in bridging the gap between residents and social landlords, it highlights the government’s commitment to put into practice recommendations made by Dame Judith Hackitt and reaffirmed in the Social Housing Green Paper. The social housing sector must keep fire safety at the forefront of their minds, especially post-Grenfell – it will be become clearer later in the year whether the Best Practice Group will provide the innovation needed to provide the fundamental reform required in the social housing sector.